Wednesday, 30 November 2022
You are here: Home President Joe Biden announces to nominate Jerome Powell as chairman of the Federal Reserve for second term 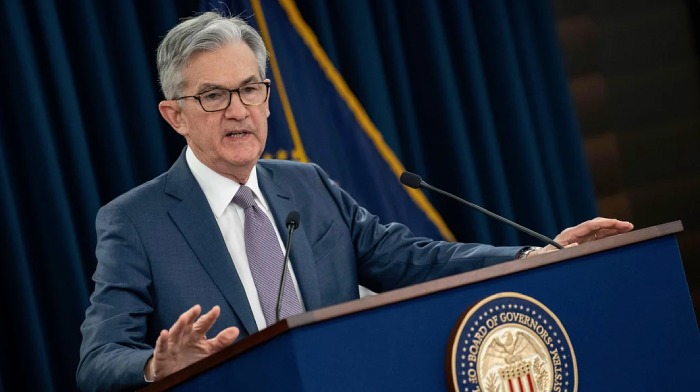 President Joe Biden revealed on Monday that he intends to re-nominate Jerome Powell for a second term as chairman of the Federal Reserve, as well as Lael Brainard to be the Fed’s vice chair.

Powell’s four-year term ends in February, and the President must decide whether to keep Powell, who was appointed by a Republican, in the most significant economic policy position in the government.

At a time when the White House is concerned about growing consumer prices, inflation, and supply chain shortages, there has been an increased attention on who the President will appoint to run the nation’s central banking system.

Powell’s “steady leadership” was mentioned by the White House as a basis for the selection during the pandemic’s economic upheaval. In March and April 2020, the Powell-led Fed took a series of unusual initiatives to save the Covid recession from becoming a full-fledged depression.

“is a testament to the success of the President’s economic agenda, and it is a testament to decisive action by Chair Powell and the Federal Reserve to cushion the impact of the pandemic and get America’s economy back on track,” the White House said in a statement.

In a statement, Biden stated that he has “full confidence” in Brainard and Powell.

“I’m confident that Chair Powell and Dr. Brainard’s focus on keeping inflation low, prices stable, and delivering full employment will make our economy stronger than ever before. Together, they also share my deep belief that urgent action is needed to address the economic risks posed by climate change, and stay ahead of emerging risks in our financial system ” Biden stated.

There’s a long way to go

Powell confronts a difficult situation in his second term as Fed chairman, assuming he is confirmed by the Senate.

The US is dealing with its first inflation fear in decades, sectors of the economy are still recovering from the worst pandemic in a century, and the Federal Reserve’s legitimacy has been questioned by a trading scandal.

Despite the fact that Powell appeared to put out the fire over the insider trading scandal with stringent new ethical standards, inflation appears to be the Fed’s most difficult challenge in the coming months.

The Fed has kept its foot firmly on the pedal until lately, with ultra-low interest rates and a large bond-buying programme boosting the US economy and financial markets. Despite the fact that inflation is on the up, hiring is on the rise, and the housing market is arguably hotter than it has ever been, this is the case.

Although the Federal Reserve is responsible for regulating inflation, Biden’s poll numbers have dropped in recent months as Americans become increasingly concerned about the economy.

“All Americans are feeling inflation,” former Minneapolis Fed president Narayana Kocherlakota said CNN. “Biden is saying, ‘I am trusting my political future in this Fed leadership. I trust them to get inflation under control .'”

The White House is showing support for the Fed’s assessment that inflation is a temporary phenomena, albeit one that has persisted longer than the Fed anticipated, by retaining Powell in control.

However, there was little indication that Biden was seriously considering a Fed chair who would be considerably tougher on inflation. Brainard, who was ultimately passed over for the top job, shares Powell’s views on monetary policy.

Kocherlakota stated, “It’s not like Brainard is a stealth hawk.”

Why did Biden choose Powell?

The Fed is opting for consistency and predictability by staying with Powell. Powell not only has the support of Republicans and moderate Democrats, but he is also well-liked on Wall Street, and investors trust his communication technique.

Switching to a fresh face may have thrown the confirmation process into disarray, causing markets to tremble. It would have also complicated the already tough process of assuaging investors concerned about the Fed’s emergency policies being phased out.

“After an atypically lengthy deliberation phase, the White House ultimately went with the safest choice,” said Isaac Boltansky, director of policy research at BTIG,. “The Powell pick provides leadership continuity that the market always appreciates and should give the White House a victory via a quick and relatively painless confirmation process. ”

By picking Powell, Biden is also sending a strong message about the need of an independent Federal Reserve, which has been under fire under the Trump administration.

While CNN previously reported, Biden spoke separately with Powell and Brainard, a Federal Reserve governor, at the White House as he considered his options. If the President decides not to re-elect Powell, Brainard is expected to be the front-runner.

Former Dallas Fed President Richard Fisher told CNN, “This is a good decision.” “While Lael Brainard is a most capable economist, appointing her under pressure from progressive Senators like Elizabeth Warren would have sent a signal that the Fed has been overtly politicized, irreparably damaging its reputation for independence.”

Some progressive Democrats have criticised Powell’s record on financial regulation, and he has met strong criticism.

At a recent Senate hearing, Massachusetts Senator Elizabeth Warren described Powell as a “dangerous man to head up the Fed” who has “regularly voted to deregulate Wall Street.” She claimed that a Republican majority at the Fed, led by Powell, might “drive this economy over a financial cliff again.”

“It’s no secret I oppose Chair Jerome Powell’s renomination, and I will vote against him,” Warren said in a statement Monday. “I will support the President’s nomination of Lael Brainard as Vice Chair. Powell’s failures on regulation, climate, and ethics make the still-vacant position of Vice Chair of Supervision critically important. This position must be filled by a strong regulator with a proven track record of tough and effective enforcement – and it needs to be done quickly.”

Kocherlakota, the former president of the Minneapolis Federal Reserve, agrees that the Fed has undone many of the safeguards put in place to prevent a repeat of the 2008 financial crisis in recent years.

“I feel strongly that we need a correction on that course,” Kocherlakota stated.

Brainard has been much harder on Wall Street in recent years, voting against some of the Fed’s deregulation efforts.

Despite this, Biden decided not to nominate Brainard for the available vice chair for supervision position, which would have put her in charge of Wall Street oversight.

However, he has received backing from certain key Democratic constituencies, including organised labour. Powell was decisively confirmed by the Senate for the job in 2018.

Powell has also been criticised by some progressives of not doing enough to solve the climate catastrophe.

Senator Sheldon Whitehouse, a Democrat, said in a statement that Biden’s decision to put Powell in leadership of the Fed “disappointed” him. “I sincerely hope that, if confirmed, Powell will reassess his past opposition to utilizing the Fed’s regulatory tools to minimize climate-related risks to the financial sector.”

Powell’s re-nomination comes amid turmoil on the Board of Governors, including a trading scandal that threatened to derail his bid for a second term.

In reaction to the personal stock trading incident involving then-regional Fed Presidents Robert Kaplan and Eric Rosengren, who oversaw the Dallas and Boston Feds, respectively, the Fed has announced substantial revisions to its ethics rules. In the wake of backlash over their trades, Kaplan and Rosengren both announced early retirements.

President Barack Obama nominated Powell, a Republican, to the Federal Reserve Board of Governors. In November 2017, then-President Donald Trump appointed him to the position of chair, succeeding Janet Yellen, who is now Biden’s Treasury Secretary. His term on the Board of Governors is set to end in January 2028.

In reaction to the economic catastrophe that followed the coronavirus outbreak, he has been directing a nationwide emergency market rescue.

Even though the United States has made significant progress — its economy outperformed expectations in October, adding 531,000 jobs — millions of people remain unemployed due to a tight labour market.