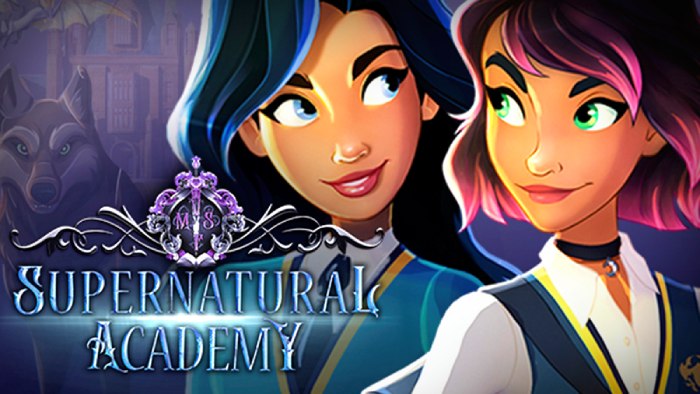 Supernatural Academy, a YA animated fantasy series based on Jaymin Eve’s The Supernatural Academy books, has been ordered by Peacock. Gillian Horvath developed and wrote the concept, which comes from executive producer Allen Bohbot and 41 Entertainment.

41 Entertainment began developing the series in October of this year. On January 20, 2022, Peacock will premiere the half-hour programme. There will be 16 episodes in the first season.

The show, like the books, follows a group of sisters who are marked at birth on an otherworldly odyssey. One of the twin sisters was reared in the supernatural realm, where she was confident and well-liked. The other was raised as an outcast in the human world. They’ll be reunited at the Supernatural Academy soon, and neither of them is looking forward to it. To preserve themselves and the planet, these adversarial twins will have to learn to put their differences aside and trust one another.

“It is so incredible to see my original story come to life in this high-quality animation project,” Eve said.

“I am so grateful to both Peacock and 41 Entertainment for believing in me and I am sure that all of the fans of the books are anxiously marking January 20th on their diaries.”

41 Entertainment is in charge of the show’s production. Jody Prouse is the animation director, and Steve Ball is the series director. ICON Creative Studio provides animation services.

The adaptation is written by Gillian Horvath, who also produced it for the film. Steve Ball is the series director, and Allen Bohbot is the executive producer. The animation director is Jody Prouse. ICON Creative Studio provides animation services for 41 Entertainment. The original theme songs were written by John Majkut.

The following is the complete voice cast for the show:

“Jessa Lebron” is played by LARISSA DIAS (Supernatural, Falling Skies, Hallmark’s When Calls the Heart). In her junior year at the Supernatural Academy, Jessa is a popular Wolf Shifter. She has it everything, including a supportive father and four best pals, each with their own special supernatural abilities.

“Mischa Jackson/Lebron” is played by GIGI SAUL GUERRERO (Marvel Super Hero Adventures, Into the Dark: Culture Shock, Super Monsters, Nina’s World). Mischa has never fit in anywhere because she was raised by a single mother who moved around a lot. After learning that her mother has been hiding who she truly is for sixteen years, the shy, talented, and sweet-natured girl undergoes a transformation.

“Maximus” is played by VINCENT TONG (Ninjago, Ice Age: Adventures of Buck Wild, The Dragon Prince). Max is a natural leader, as evidenced by his constant observation of his younger brother Braxton.

“Braxton” is played by CARDI WONG (Are You Afraid of the Dark?, Supergirl). Brax is the group’s affable, goofy, and smooth talker.

“Terra” is played by BETHANY BROWN (Charmed, The 100). Terra has been Jessa’s dearest friend since she was a child. Terra’s special sorcery ability completes the group’s supernatural abilities.

“Headmaster Kristov” is played by BRIAN DRUMMOND (Mega Man: Fully Charged, The Willoughbys). From the time the LeBro twins are reunited, Kristov reveals to be deceitful, villainous, and self-righteous as he schemes against them.

“Lienda Jackson/Lebron” is played by BARBARA KOTTMEIER (Supernatural, Motive, Falling for Vermont). Lienda is the epitome of motherhood. She is a powerful woman who has given up her magical gift as well as her relationship with one of her twin daughters in order to protect her family.

“Jonathon Lebron” is played by ALESSANDRO JULIANI (Battlestar Galactica, The Magicians, Girlfriend’s Guide to Divorce, The 100). Jonathon has a civic obligation and a parental instinct to defend the kingdoms and his daughters as the leader of the World Council and the Alpha Wolf of the Lebron pack.

“Jae” is played by ALI J EISNER (Fraggle Rock, Gisele’s Big Backyard). A Faerie whose song has the power to calm ferocious beasts and bring fresh life to them.

“Santra” is played by DIANA KAARINA (The Hollow, Barbie, My Little Pony, Strawberry Shortcake). Santra is the new history teacher at Supernatural Academy, and he is a knowledgeable, kind, and confident leader.

“Yufon” is played by KATHLEEN BARR (Sabrina: Secrets of a Teenage Witch, My Little Pony: Friendship is Magic, Johnny Test). Yufon is a forceful and harsh World Council member.