Saturday, 4 February 2023
You are here: Home Omicron: What you should know about the new COVID-19 variant 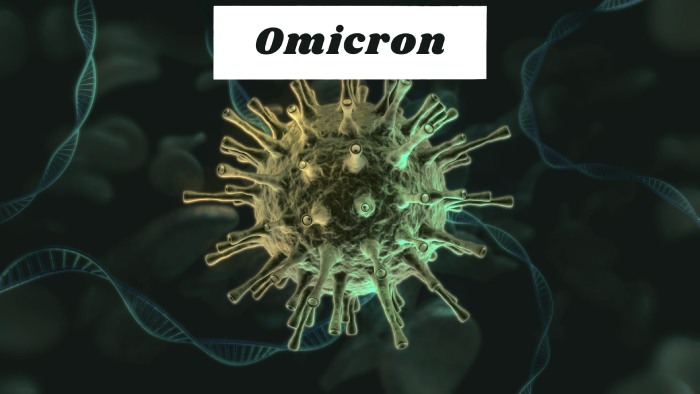 Since the COVID-19 omicron variation was discovered just over a week ago, there has been renewed concern about how people would be affected.

What is the Omicron variant?

Because of an unusually high number of mutations that have the potential to make the virus more transmissible and less susceptible to existing vaccines, scientists and public health officials are concerned about this new iteration of the coronavirus, which was first identified in Botswana and South Africa.

Despite what officials described as a slew of uncertainty, the World Health Organization has labelled Omicron a “variant of concern” and warned that the global hazards it poses are “very high.”

Is it contagious, and if so, where has it been discovered?

The first COVID-19 sample containing the omicron variation was taken on Nov. 9 in South Africa, according to the World Health Organization.

It wasn’t discovered until November 24, when the South African government notified WHO.

The SARS-CoV-2 B.1.1.529 variation, now known as omicron, was recognised as a variant of concern by WHO two days later.

Its origin is unknown, despite the fact that it was first discovered in South Africa.

Viruses are constantly evolving, which might result in the emergence of new virus variants.

In most cases, a variation has little effect on how the virus functions.

Omicron has been designated as a variant of concern by the World Health Organization (WHO) because it carries multiple changes that could affect how readily it spreads, how it impacts your health, and how effective current immunizations are against it.

The variety has been found at a quicker pace than past outbreaks, according to WHO.

It’s unclear if omicron is more transmissible than the other forms.

However, the variety has become the dominant variant in South Africa and has been found all over the world since it was initially discovered.

What happened to the cases?

Cases have been discovered in New York, California, Minnesota, Colorado, and Hawaii in the United States.

While some of those individuals had travelled, others had not, indicating that the illness has already spread throughout the neighbourhood.

Omicron has also been discovered in around a third of the world’s countries.

Is it contagious in any way?

Researchers are now unsure whether omicron is more transmissible than other forms.

Epidemiologic research are being conducted to see if that’s why it’s spread so swiftly.

Is it a more serious case?

While there has been an increase in COVID-19 hospitalizations in various locations, it is unclear whether this is due to omicron.

The first infections were identified among college students, who are more likely to experience milder coronavirus symptoms.

The World Health Organization estimates that determining the severity of the variation will take many weeks.

According to WHO, preliminary research suggests that omicron increases the likelihood of reinfection, which means that persons who have previously been infected with COVID-19 are more likely to become infected again.

Some of people who have been infected with the omicron version have been vaccinated, whereas others have had COVID-19 previously.

At this point, no one who has been infected with omicron has perished.

The symptoms are identical to those seen in other COVID-19 variations.

According to the CDC, here’s what to watch for:

Chills or a fever
Cough
Breathing problems or shortness of breath
Fatigue
Aches in the muscles or throughout the body
Headache
New loss of taste or smell
Throat irritation
Congestion or a runny nose are both symptoms of congestion.
Vomiting or nausea
Diarrhea
Breathing problems
Chest discomfort or pressure that persists New confusion
Inability to get out of bed or stay awake
Skin, lips, and nail beds that are pale, grey, or blue in hue, depending on skin tone

People should obtain immunizations and booster shots, just like they should for other varieties, according to health officials.

They’re encouraging individuals to keep their distance from others, use masks, keep their hands clean, and get as much fresh air and ventilation as possible.