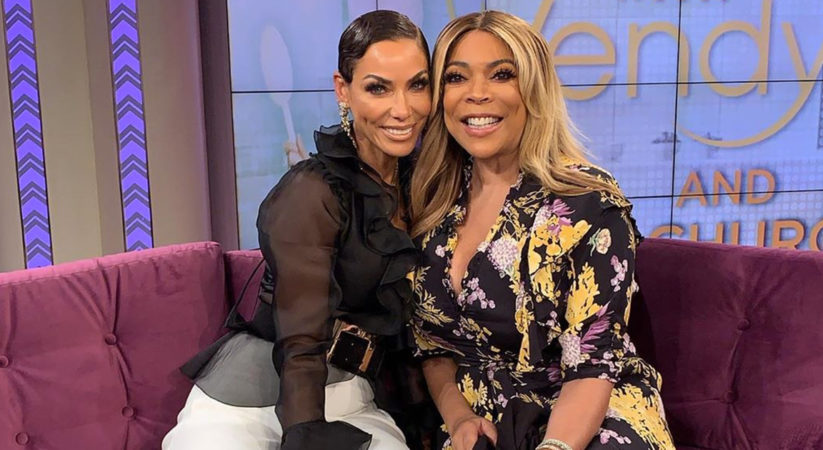 Nicole Murphy (actress and a model) has been caught kissing director Antoine Fuqua (Lela Rochons’s) husband this summer in Italy. This got her in to a huge controversy. Earlier she did not say anything however then she decided to speak her side of the sp

Nicole Murphy appears on The Wendy Williams Show to clear up the controversy of her and director Antoine. She apologized on the media for kissing the married director.

It was back in July this year, that the reality star and the model seen kissing the married director Antoine Fuqua at an Italian hotel’s pool. The actress was once married to Eddie Murphy. She reportedly saying that she and the married director Fuqua are nothing more than just friends. She appeared on The Wendy Williams Show to present the official story of her side. She apologized to anyone who might have hurt by her this act. This includes Rochon.

Murphy told Williams that it was just a frozen time thing. She herself has experienced her own marital issues earlier this year. She further added that she es it never happened. It was just a moment where I didn’t think a lot about the situation. I made a better judgment than that. However, it is something that I apologize for.

Murphy says that during that time, the director Fuqua was there in Italy for a film festival while she was there for a business trip. She also refused the alleged statement given on her behalf that Fuqua was a family friend. She said that it was afake news having no reality into it and was being released while she was on an airplane on her return from Europe.

This does not end here. Murphy addressed the accusations from LisaRaye McCoy claiming that she with her ex-husband MichealMisick. She says that these accusations do not have any reality in them. Her husband also gave statement of these rumors not to be true but no one focused on that.

In the end Murphy said that she has learnt a strict lesson doing research properly before dating; referring to the image where she and Fuqua were kissing. Nicole suggested women to do research before dating. She said it can happen to anyone if proper research has not been done about the person you date. She also added that she regrets what happened and feel it should have not happened ever. I am a human being and I can make mistakes.

She said, “it is absolutely false that she broke up the Rochon and Fuqua’s marriage.” She claimed that she and Rochon are not friends.

William urgedMurphy, to the camera and leave a message for Rochon.

Apologizing to Rochon, she said; “darling, it was just a mistake. I apologize”.

So far Lela Rochon has not spoken on the scenario publicly. However, she deleted the social media pages right after the photos of Murphy and Fuqua were released online. She is seen wearing her wedding ring on September 3rd though.