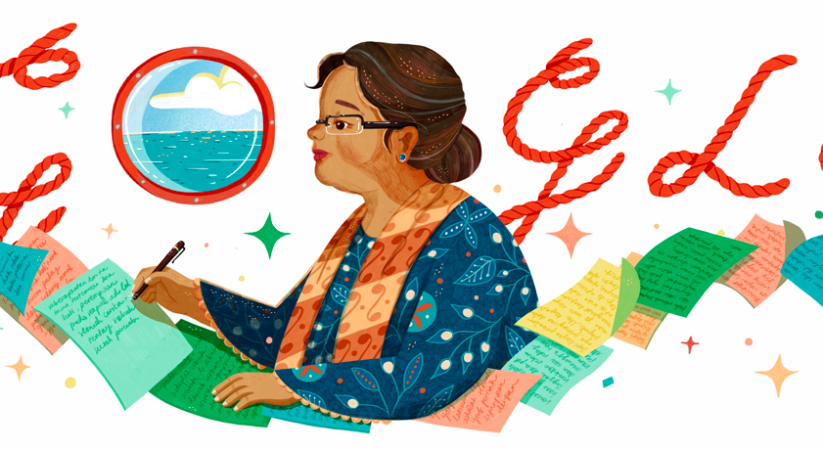 “Literature is actually nutritious food for humans’ souls and minds. It is the basic foundation of humanity, a reflection of society, reality, knowledge, and wisdom,” said Indonesian author NH Dini, whose life and work are praised in the present Doodle, represented by Jakarta-visitor craftsman Kathrin Honesta.

Conceived in Semarang, Indonesia, on this day in 1936, Nurhayati Sri Hardinia Siti Nukatin (known by her nom de plume NH Dini) grew up tuning in to her mom read stories from neighborhood magazines and proceeded to turn into a productive writer. Opposing the customary job of ladies set up by Javanese male centric society, quite a bit of Dini’s work centered around sexual orientation issues and her conviction that “a woman, wherever she lives, deserves to be treated equally and respectfully.”

During the 1950s, while Dini was filling in as an airline steward for an Indonesian aircraft, she met her better half, a French representative to Japan. All through their marriage, the two moved the world over and lived in Cambodia, Japan, France, the Philippines, and the U.S.

Roused by her worldwide ventures and tenacious interest for ladies’ privileges, Dini gave her life to composing and distributed many books, short stories, and sonnets over her 60-year profession. Through works, for example, “Pada Sebuah Kapal” (“On a Ship,” 1985), and “Namaku Hiroko” (“My Name Is Hiroko,” 1986), Dini’s fiction keeps on enabling ladies today.

Here’s to an essayist whose words live on in the hearts and psyches of perusers around the globe.