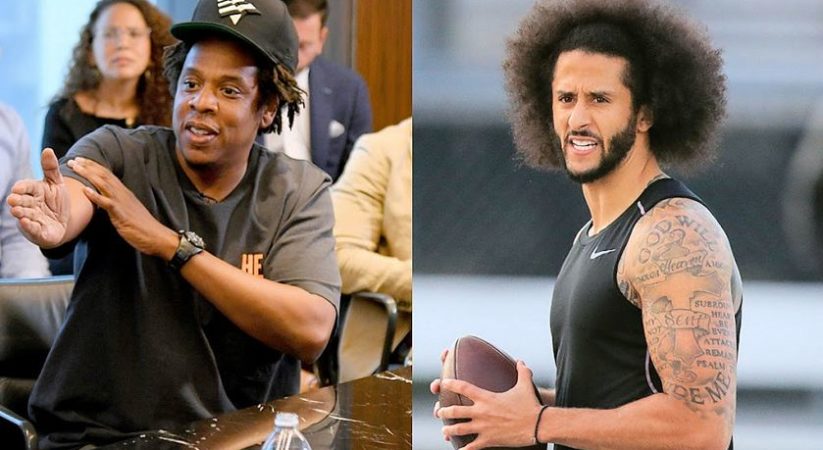 It all started when Kaepernick had a promotional 40-minute ‘workout’ and interview event planned for last Saturday. The event was an opportunity for him to showcase his athletic abilities and ‘readiness’ for a new shot at the NFL.

25 different franchises had confirmed to attend the event. Additionally, the Atlanta Falcons video crew was supposed to be there to film the workout along with an exclusive interview.

However, at the last minute, Kaepernick changed the venue from an Atlanta Falcons’ facility to a high school stadium nearly 45 miles away from Atlanta. This was not aligned with the NFL, who considered Kaepernick to be a no show. Because of this change, only seven out of the 25 teams were present at the new location.

Nobody doubts that Kaepernick is physically ready to be back in the game, but many doubt if his mind is in the right place. Several NFL teams are eager to recruit a new quarterback due to injuries and back pain myths. However, Kaepernick’s inability to work together with the NFL may make it difficult for him to find his next spot.

Colin Kaepernick – Showing promise but difficult to work with

Nobody has ever doubted Kaepernick’s athletic abilities. Even after the event on Saturday, NFL scouts and reporters were quick to offer positive feedback. CBS Sports reporter, Jonathan Jones, tweeted:

“My takeaways from the live feed: more casual than most pro days, arm strength absolutely there, solid mobility on rollouts, timing with WRs understandably not consistently good”.

However, Kaepernick does not help himself by being difficult to work with. Many people now doubt that he is genuinely serious about his career.

Why did Kaepernick and his team want to postpone the event in the first place? Kaepernick’s representatives gave two reasons. The first was a disagreement over what Kaepernick’s attorney labeled an “unusual” liability waiver that the NFL required before the workout.

The other reason involved the media. Kaepernick wanted all media representatives to be granted entrance to the workout even in order to ensure ‘transparency’. He also requested an independent film crew to be there instead of the Falcons’ film crew.

NFL business partner, Jay-Z, was also frustrated with Kaepernick’s change of plans. According to a source close to the situation, Jay-Z is “disappointed with Colin’s actions and believes he turned a legitimate workout into a publicity stunt”.

Jay-Z, who advises the NFL on its entertainment ventures as well as activism efforts, has historically been a supporter of Kaepernick.

The Detroit Lions’ Back Pain Myths: Will They Go for Kaepernick?

There are back pain myths floating around the Detroit Lions. According to reports, quarterback Matthew Stafford has been fighting pain in his back and hips very early on this season. A scan last Friday found the injury to be serious, resulting in him having to skip out on Sunday’s game.

The Lions were one of the seven teams able to make it to Kaepernick’s workout. However, there are no reports of any formal discussions between Kaepernick and the Lions. Perhaps they do not want the added drama and publicity that would come with recruiting Kaepernick mid-season.