Saturday, 25 June 2022
You are here: Home New Zealand declares plans to reopen its borders to the rest of the world 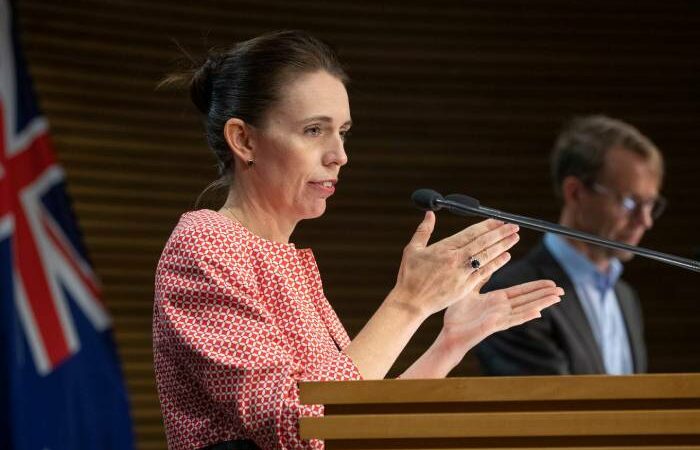 New Zealand has declared that it will begin reopening its borders to the rest of the world, signifying the end of nearly two years of strict border controls that have divided families and kept practically all outsiders out.

Prime Minister Jacinda Ardern unveiled a five-point plan on Thursday that will allow fully vaccinated New Zealanders to travel to Australia later this month. They’ll have to self-isolate when they arrive, but they won’t have to go to state-run quarantine centres.

According to the plan, fully vaccinated people from Australia or countries with visa waivers, such as the United Kingdom, the United States, and several European countries, will be able to enter New Zealand and self-isolate on arrival by July.

“Self-isolation can be in your home or suitable alternative accommodation,” according to the government website, so it’s unclear whether non-residents will be able to use hotels, rental apartments, or other similar lodgings for their own self-isolation.

The announcement marks a significant reversal for New Zealand, which had enacted some of the world’s most stringent border controls in attempt to keep Covid-19 out.

In March 2020, the country prohibited practically all foreign visitors and required them to spend time in a state-run quarantine facility at their own expense.

To deal with the shortage of quarantine spots, New Zealand implemented a lottery system that allowed citizens to join an online queue at specific times in the hopes of winning a position.

Many New Zealanders have struggled to return home as a result, and some haven’t seen their families in years.

According to the country’s Ministry of Health, the approach has allowed New Zealand to keep Covid-19 levels low, with only 53 deaths reported in the country. However, Ardern has been under increasing pressure to relax border controls and allow New Zealand to reintegrate with the rest of the globe, including the estimated 1 million New Zealanders who live abroad.

The agony of quarantine, Ardern said, has been “heartbreaking.”

“But the choice to use it, undeniably saved lives,” she said, adding that the border laws had given New Zealand enough time to become “one of the most vaccinated countries in the world.” According to the Ministry of Health, 93 percent of eligible people in New Zealand have been properly vaccinated.

“We are in a new phase in our Covid response,” Ardern said. “Covid as an illness hasn’t touched many of us to date. But with the transmissibility of Omicron we know we will experience the virus more directly. But the difference here is that we have all the tools possible now to prepare.”

For months, New Zealand has been hinting at a change away from a zero-Covid policy.

Prime Minister Jacinda Ardern announced in October that the country would begin to transition away from a zero-Covid strategy and toward living with the virus.

New Zealand declared the next month that it will begin lowering its boundaries gradually in 2022, though those plans were put back due to the spread of Omicron.

When the country reopens, foreign nationals will need to be completely vaccinated against the coronavirus in order to enter.

New Zealand’s action, announced on February 3, follows similar moves by Australia. To keep Covid out, Australia, like New Zealand, instituted rigorous border controls. Citizens who have been fully vaccinated, visa holders, and citizens of select countries, such as New Zealand, Japan, and Singapore, can now travel to Australia without a visa.