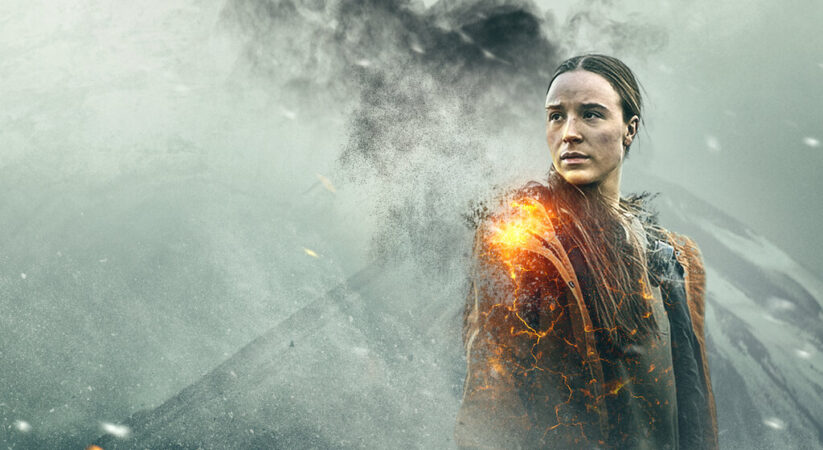 Katla is another Netflix original series from Iceland released on the streaming platform on June 17. Created by RVK Studios, the eight-episode series is a beautifully shot sci-fi, a cross between Stanisław Lem’s Solaris and the French series The Returned, just this time it is set in Iceland and involves the power of a volcano.

Set in the small town of Vík in South Iceland, close the subglacial volcano named Katla which has been ejecting continually for an entire year, the first Netflix Icelandic arrangement Katla follows the few residents who have stayed in the village despite of being encouraged to evacuate. Gríma (played by artist GDRN, Guðrún Ýr Eyfjörð) is as yet searching for her sister who disappeared the day the eruption began. All expectation of truly discovering her is fading, until the day mysterious guests, emerging from the melting glacier by the well of volcano, begin showing up in the town. These visits will have sudden ramifications for the remaining community.

Made by Baltasar Kormákur (Trapped, Everest), Katla is a slow-burning series, that is a combination of sci-fi and Icelandic folktale, with stunning images of the Icelandic brutal and somewhat-apocalyptic landscape.

Kalta opens with lovely images of a body rising up out of the volcanic ashes. The fountain of liquid magma has been spewing out great clouds of ashes for a year at this point, making the air in the close by town of Vík almost unbreathable. The residents who have chosen to remain wear masks, and all guests should have authorization to enter the village, which is just open by crossing the Markarfljót river.

One resident who will not leave is the upset Gríma. Hitched to farmer Kjartan (Baltasar Breki Samper), Gríma is as yet lamenting from the deficiency of her sister Ása (Íris Tanja Flygenring). Ása disappeared the day the volcano started erupting. Her body was rarely recuperated. Þór (Ingvar Sigurdsson), Gríma’s dad and the town’s repairman, wishes Gríma and her significant other would move to Reykjavik for her own mental health.

While Eyja (Aldís Amah Hamilton) and Leifur (Björn Ingi Hilmarsson), who work at a logical station that screens the spring of gushing lava, hang tight for researcher Darri (Björn Thors) to show up, they discover a lady, bare and shrouded in debris, strolling on the icy mass. Eyja calls police boss Gísli (Þorsteinn Bachmann) and Gríma, and they take the baffling lady to the town’s emergency clinic. The police chief believes the young lady is a lost Swedish tourist, yet her character will end up being significantly more perplexing. The secret heightens as more individuals, additionally exposed and shrouded in debris, are found around.

Katla follows a comparative idea to Solaris. Each character who gets the visit from one of these debris covered creatures have some kind of traumatic past. Gríma needs her sister back. Twenty years prior, Þór took part in an extramarital entanglements which may have been simply the explanation his wife killed. Researcher Darri lost his young child. Each visit reignites the characters’ unresolved trauma. These secretive visits may indeed help them manage their past.

These appearances don’t get from an outsider planet (or isn’t that right?), yet, the arrangement recommends, from well known Icelandic legends. Inn proprietor Bergrún (played by Guðrún Gísladóttir) accepts these individuals seeming canvassed in debris are Changelings—children of the “hidden people” from Icelandic folktales. These Changelings, she discloses to both Gísli’s significant other Magnea (Sólveig Arnarsdóttir) and researcher Darri, appear to have showed up since the commencement of the town after every one of the spring of gushing lava’s ejections. The folktale of the changeling is here recontextualized into an advanced setting.

Katla is a brilliant, visually striking, series that tells a brutal and unforgiving story of a few residents in a almost-deserted village festering with grief, depression and guilt. The series was co-directed by Baltasar Kormákur, Börkur Sigthorsson and Thora Hilmarsdóttir, and co-written by Baltasar Kormákur, Sigurjón Kjartansson, Davíð Már Stefánsson and Lilja Sigurðardóttir.