Wednesday, 1 February 2023
You are here: Home New Google Maps feature could help you save hours of time each day 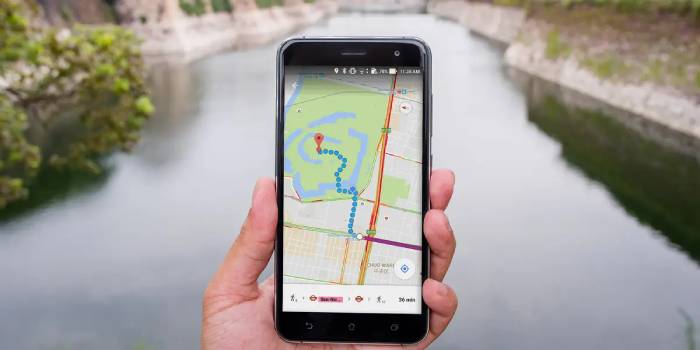 Google Maps for Android will get a new minimap widget in the coming weeks that will emphasise local traffic conditions with just a peek at your phone.

Local Traffic, as the name suggests, will sit on your home screen and provide traffic information for nearby roads by highlighting lengths of road in green, amber, or red. You can use this to see if there’s a sudden traffic jam or accident in your area, and so plan to leave earlier than you could otherwise (or take an alternative route).

You’ll also be able to zoom in and out to receive a more detailed and comprehensive view of traffic where you are without having to launch the app every time.

A tiny blue dot that moves across the map as you change locations will help highlight your location.

This transforms the Nearby Traffic map into a minimap akin to those found in video games, allowing you to get a fast overview of your location’s layout without having to restart the app.

The new widget will be available on Android handsets in the coming weeks when it is released. There’s no news on whether a comparable feature will be added to Google Maps for the iPhone at the same time, but we’ve contacted Google for further information.

We understand that widgets aren’t the most flashy tool in your smartphone’s toolbox, but they may really help you get most out of the apps you use.

Several other Google apps, as mentioned in the same blog post as the minimap news, can deliver useful services right on your home screen.

Users of Google Keep may access their to-do list via a widget, while Google Translate displays your favourite translations.

The latter is ideal for your next vacation. You can save not only popular terms and phrases, but also emergency translations (for words like hospital or doctor) so that you can communicate your urgent demands.

However, Google isn’t the only corporation investing in widgets. Express VPN (our preferred VPN service) has a fast button that allows you to turn on your VPN without having to launch the programme. Pokemon Go may tell you how far you’ve gone with your pal or how close your eggs are to hatching new creatures.

Most apps have a widget, and you can see what’s available by holding down your finger on an app icon until a menu appears.