Monday, 8 August 2022
You are here: Home Nelson Mandela International Day 2022: Here’s all you need to know about this day 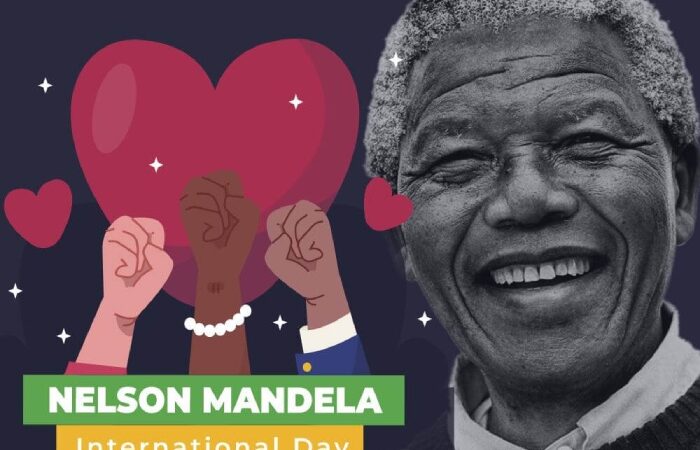 The world celebrates Nelson Mandela International Day on July 18 each year as a call to action for everyone to effect change in their lives and inspire others. It serves as a reminder of South Africa’s first democratically elected president and his protracted fight against apartheid. To honour Mandela’s legacy, which taught the world to promote peace, preserve human rights, live in harmony with nature, and uphold everyone’s dignity, there will be a celebration this year.

“Racism must be opposed by all means that humanity has at its disposal, ” Mandela had said at the United Nations headquarters (UNHQ) in 1990.

Speaking at the UN headquarters, Antonio Guterres, the head of the UN, paid tribute to the “giant leader of our time,” who displayed unparalleled courage that led to towering achievements. “A man of profound humanity and calm dignity. Nelson Mandela was a community healer and a teacher to many generations “said Guterres. The UN chief advised everyone to look to Mandela for inspiration in the midst of the globe being consumed by conflict, disasters, and being overshadowed by racism, poverty, and inequalities. He described Mandela as a “moral compass.”

Who was Nelson Mandela?

Nelson Mandela was the first leader of the South African people and a champion of human rights, a lawyer, and a peace activist on a global scale. He was born on July 18, 1918, in the year 1918. He was the son of Chief Henry Mandela and was also referred to as Madiba because he was a member of the Tembu clan. He claimed his chieftainship at a young age despite being an early orphan. He joined the African National Congress and later rose to the position of Youth League head, making his services to the organisation well-known worldwide. Mandela passed away in 2013 at the age of 95 after receiving the Nobel Peace Prize in October 1993.

The United Nations has declared that “do what you can with what you have and where you are” will be the theme of Nelson Mandela International Day in 2022. According to the UN head, the issue has real significance given the geopolitical situation in eastern Europe and the intermittent wars in the Horn of Africa, which are followed by the crises in Sri Lanka, Afghanistan, and other regions of the world. One Hand Can Feed Another was the theme last year.

The day was established in November 2009, following the UN General Assembly’s recognition of Mandela’s prior achievements to the cause of world peace and freedom. The UNGA adopted a resolution expressing the principles and commitment to serve humanity in the areas of racial harmony, conflict resolution, promotion, and preservation of human rights, as well as the fight against poverty. On Mandela’s birthday, it is observed. In order to recognise the achievements of those who committed their lives to serving humanity, the UNGA established the Nelson Mandela Prize later in 2014.