Wednesday, 1 February 2023
You are here: Home Myesha A Boulton: The Real Estate Entrepreneur. 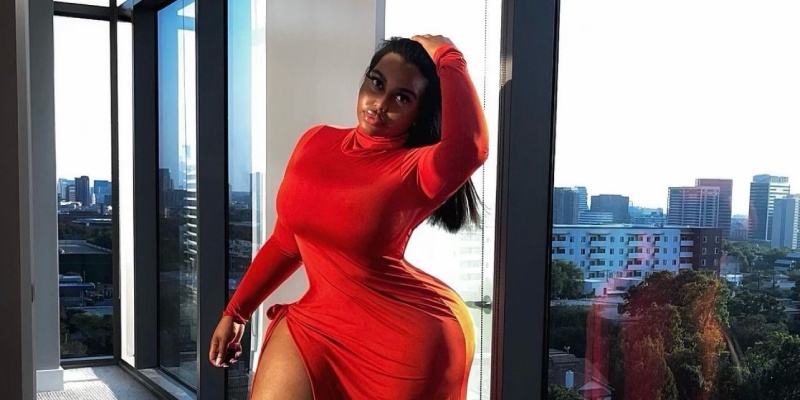 Becoming the face for Success is no easy task. Myesha A Boulton is one of the most prolific woman influencers in today’s social platforms.  She has continuously inspired her supporters to push their limits and achieve every goal they set their minds to. Myesha states “when you are on the path to success, one should never compromise their efforts, not even for themselves”. While in the process of finding herself, Myesha understood that her true passion resides in fitness, content creating and real estate. With Myesha, one thing that always remained steady was her positive outlook on progression.

Here is a story of a go-getter and a boss lady, Myesha Ashley Boulton. Born and raised in Chicago, Illinois, Myesha A Boulton studied Nursing at Chicago State University. When she went for training, she realized the significance of achieving better personal health. In time, this led Myesha to dedicate majority of her day in her college fitness center crushing her goals. Myesha began to post her progress on various social media platforms and to her surprise, she received a mass amount of both positive and critical feedback.

Her inspirational weight loss videos attracted numerous others who was also on the path to bettering themselves, but in need of the proper guidance. During the time of her amazing weight loss journey, she quickly shed the pounds and gained millions of supporters in the process. Often times, one of the transitions people from the fitness industry choose to venture into is the entertainment industry. Myesha began to show great interests in acting, starring in comedy roles alongside her fellow content creators. She quotes “I  enjoyed my acting time with my fellow content creators. They helped me discover my love for filmed entertainment and opened many new doors to discover other talents”.

Myesha soon decided to move to Dallas, Texas in the year 2020 to take her content creation to the next level. And it is during her stay in Dallas, that she began to take interest in the Real Estate market.

Myesha quickly went back to school to further her passion and received her licensing in the field of Real Estate.

Like her mother, Myesha Boulton always had a knack for property investments, and soon after entering the real estate market, she quickly began to make power moves. As of now, she manages top of the line real estate properties and has featured multiple million-dollar homes on her website MBEstates.co.

Myesha Boulton is an inspiration to the youth and her fan base has 100% supported her endeavors. Myesha continues to encourage both Men and Women to beat all odds, because all Goals big and small are possible. Especially with a little yoga, meditation and self reflection. You can follow this inspirational entrepreneur on all of her social media platforms for an uplifting outlook on your day.