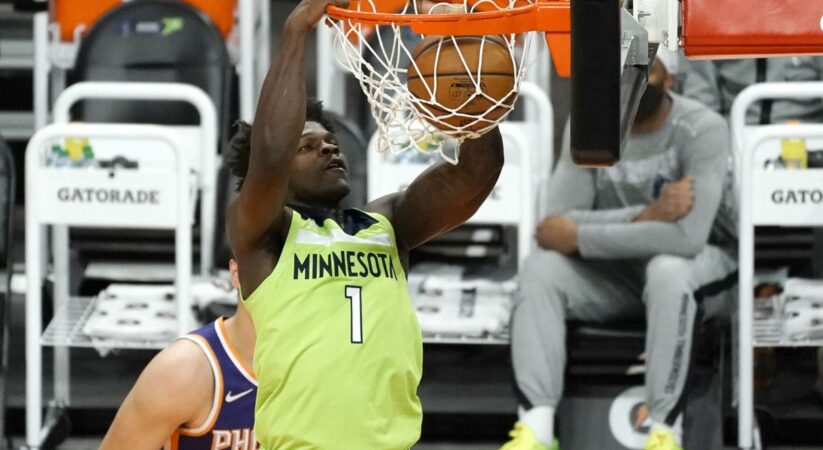 The Timberwolves utilized the dominant Edwards-KAT combo and a fourth-quarter comeback to daze the Phoenix Suns 123-119 on Thursday night. They’ve won three of five games since the All-Star break.

At 19 years and 225 days old, Edwards turned into the third-most youthful part in NBA history with a 40-point game.

The Timberwolves actually have the most noticeably awful record in the NBA at 10-31 yet have played much better half a month. Edwards and Towns carried Minnesota in this one, pouring in focuses from everywhere the floor.

After the game, Edwards parted with his jersey to his “blood brother” who was at the game and gave his shoes to some different fans. The 19-year-old was smiling from one ear to another as he strolled off the court.

Edwards, who was the No. 1 by and large select from Georgia the last summer, made 15 of 31 shots. Towns was significantly more efficient, making 15 of 24 shots, including 5 of 7 3-pointers. Juancho Hernangomez dunked with 2.5 seconds left to seal it.

It was only the second time in Minnesota’s franchise history that two players scored 40 points in a similar game.

“Unbelievably special,” Finch said. “They played pretty efficient. KAT almost has a triple-double. They were carrying us.”

Jevon Carter hit a 3-pointer not long before the second from last quarter bell to give the Suns a 91-83 lead. Yet, the Timberwolves kept the game tight, and Towns attached it at 107 after a 3-pointer with under five minutes remaining. Towns likewise added 10 rebounds and eight helps.

These were the sorts of performances the Timberwolves envisioned when they chose Edwards, who has a sweet jumper and created a few highlight-reel dunks on Thursday. The 6-foot-4 gatekeeper is averaging 30.6 points over his previous five games.