Saturday, 13 August 2022
You are here: Home Mental Illness Can Be The Long Dark Road to Insanity. But for One, Words Became His Bright Light On That Journey and Made His Path, a Little Bit Easier to Handle. Meet The Depressed Poet, Doc Dalton. 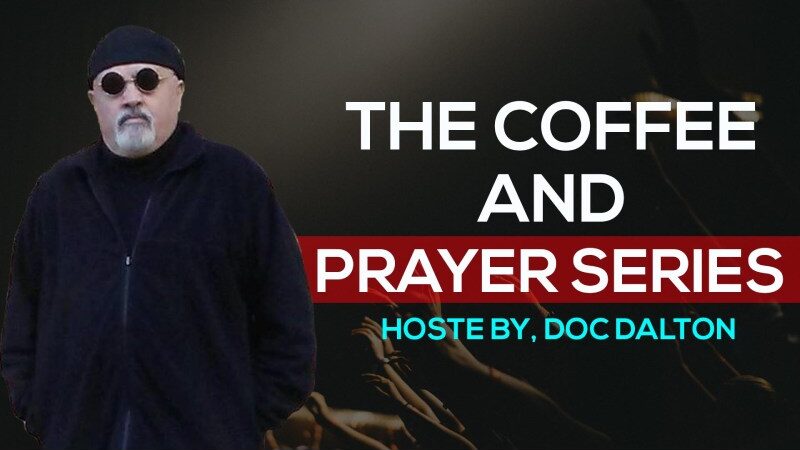 He is known as The Depressed Poet while those closest to him, call him Pops.  However, you might refer to him as, the truth is The Depressed Poet, Doc Dalton suffers greatly from depression, anxiety and more and has so for well over 35 years.

It has caused him to visit some dark places on many occasions. It has caused him to step away from opportunities such as two cable shows and three radio shows. When we say step away, that is exactly what happened, one day he said I just can’t handle any of it, any longer and just walked away for good.

Recently, he was the host of the podcast, The Coffee and Prayer Series but stopped in the middle of March 2021 because once again, he just could not handle it. On a positive note, he will start that back up around the third week of June with a different approach on how to do it.

In the past he has been hospitalized for his issues and as he would say, Mental Illness has corrupted my life. It takes me to places I do not want to go to. It makes me think about things I never wanted to think about. It makes me feel as if I want to be alone and not speak to anyone and stay away from everyone as well. As years have gone by, Mental Illness has caused new things to emerge which are scary and the meds flat out suck, states Dalton.

When asked are there any bright spots that help him, Dalton quickly says, writing poetry. While being hospitalized says Doc, a doctor suggested to me try writing some poetry. States Doc, I looked at him and thought he was nuttier than I was, but I was locked in, could not leave so I said why not. And he got the surprise of his life. He started writing about things he never imagined he would be writing about. His writing calmed him down greatly and he learned that when he focused on the writing, the crazy craziness in his mind left and the calmness walked in and took over. Doc describes it as a blessed experience, one that he is grateful for. It may not happen every single time, but for me, 50% is a real cool thing.

He has been published in a few magazines both print and on-line. Also, on a few poetry websites which are equally satisfying such as Red Thread Poets based out of Ontario, Canada and Lost Pen Magazine based in the states.

When asked how he personally feels about his writing, Dalton always says the same thing. I do not consider myself a great writer or even a good writer and I say that because it is the truth. What I do consider myself is, a man who stumbles through his words, so he can make it through his days, and it is just that simple.

Its about completing the task or in the case the writing at hand. For many who suffer from mental illness, completing anything is complicated. It is a daily struggle to go from point A to point B.

We would like to ask you a few specific questions if that is OK. Yes states Doc. Not a problem.

Q: Was there anything you did to help get you through your toughest times.

A: Nighttime were hard. I called it walking the floors of hell because it was just that. What I did was go to youtube and watch three or four people most of the time. I do not remember the exact way I got to them, but they helped me more then you could imagine.

Two of those were Americana/Country artists Ray Wylie Hubbard and Darrel Scott. Their words and actions were perfect for me and it got me through those tough nights. Their words were far out there, and this may sound crazy, but I needed far out there in some type of way.

Then there was Kinky Friedman. To me he is so far out there that I swear I seen him on the edge of the universe at times. His music is insane, and his quotes are even more insane. He and Ray Wylie Hubbard are about as far out there as you can get, they were the so-called meds I needed.

Q: For people who are suffering from mental illness today, any advice you can give them.

A: There is no need to suffer alone. National Association on Mental Illness also known as NAMI is a great place to start. They have dedicated professionals who are there to help. They have over 600 affiliates across the country so there is not any reason why you cannot get help. Another place in North Jersey is, The Passaic County Association on Mental Illness. What I said about NAMI is the exact same thing for them. Look them both up on the web because they both are there to help everyone.

Q: Last question. What is in the future for The Depress Poet, Doc Dalton.

A: The future is simple; I am writing more poetry. I have a book coming out late summer 2021 called, Old Dogs of the Whiskey Pie Trails. It is a combination of both poems and short stories. I will also be hosting my podcast again called, The Coffee and Prayer Series. That is on top of trying to be a good husband, father, and grandfather. But then there is the dog who pisses me off over and over again. I would love to kick Sally’s ass out the door, but they all say no way, so I lose. Go figure.

To find out more about Doc Dalton you can visit his website at www.docdalton.com.