Monday, 23 May 2022
You are here: Home Lisa Cook becomes first African-American woman to be appointed to the Federal Reserve Board of Governors 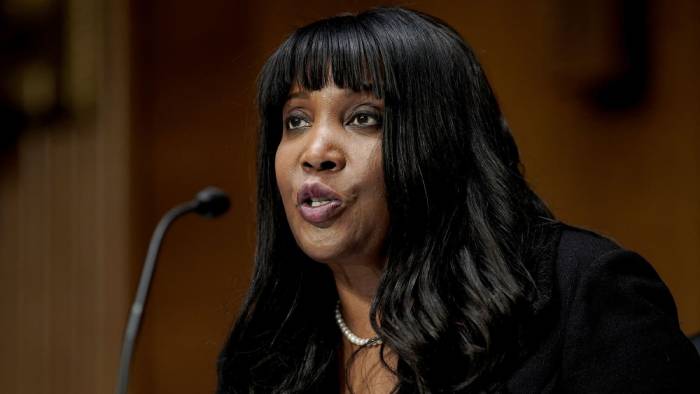 On Tuesday, the Senate approved economist Lisa Cook to the Federal Reserve Board of Governors, making her the first Black woman to do so in the 108-year history of the organisation.

Her nomination was approved on a 51-50 party-line vote, with Vice President Kamala Harris casting the deciding vote.

Republicans in the Senate argued that she is unfit for the job because she lacks experience in interest rate policy. They also said that her testimony before the Senate Banking Committee indicated that she was not fully committed to combating inflation, which is at four-decade highs.

Cook earned his Ph.D. in economics from the University of California, Berkeley, and has taught economics and international relations at Michigan State University since 2005. From 2011 to 2012, she worked as a staff economist on the White House Council of Economic Advisers and advised President Biden’s transition team on Fed and bank regulation policies.

Her most well-known studies have looked at the influence of lynchings and other forms of racial violence on African-American innovation.

Cook is only the second of Biden’s five Fed candidates to be confirmed by the Senate. Given the Fed’s reputation as an independent organisation that attempts to remain above politics, his Fed picks have met unusual partisan opposition.

However, other opponents argue that the Fed has exacerbated the scrutiny by tackling a wider range of concerns in recent years, such as the impact of climate change on financial stability and racial inequities in employment.

As the Fed attempts to combat inflation, Biden urged the Senate to confirm his candidates early Tuesday.

Biden stated, “I will never interfere with the Fed.” “The Fed should do its job and will do its job, I’m convinced.”

After his term ended in February, Fed Chair Jerome Powell is currently functioning in a temporary role. In March, he received nearly unanimous approval from the Senate Banking Committee.

Biden also proposed Philip Jefferson, an economics professor and dean at Davidson College in North Carolina, for a governorship, which was unanimously approved by the Finance Committee. He would be the Fed’s fourth African-American board member.

Cook, Jefferson, and Barr would be Democratic Fed appointees, joining Brainard. However, most analysts believe the Fed will continue to boost rates aggressively this year.