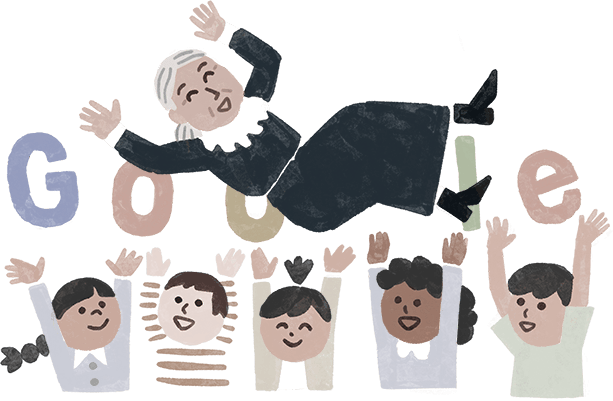 Today’s Doodle is presented to Juana Alarco de Dammert, a philanthropist and advocate for children’s rights who founded Peru’s first social welfare programme for mothers and children. She was known as “La Abuelita de los Nios,” or “Grandmother of All Children,” and she was important in the founding of the country’s first kindergartens and daycare centres.

Dammert, who was born on this day in Lima in 1842, grew up with a humanitarian heart, often assisting at the local hospital with her father. Dammert and her husband travelled to Europe after marrying a German merchant in 1861, just as France was undergoing a major welfare reform. It sparked her interest in learning more about how governments can make a difference in children’s lives.

She grew interested in the works of Firmin Marbeau, a French philanthropist who pioneered the contemporary notion of daycares, and Friedrich Froebel, a German philosopher who promoted early childhood education, during this time. Dammert returned to Peru in 1886, after the Chilean occupation ended, with new ideas to assist reconstruct her war-torn country.

Dammert assisted in the founding of an orphanage for children aged seven to twelve, seeing how the war had left many youngsters without parents. She went on to build caring maternity crib institutions for working mothers’ children, the first Peruvian daycare centre, and two schools that let young children develop at their own speed. Dammert, who was committed to improving the lives of disadvantaged women, also trained and empowered young women in Lima to become teachers.

In Lima, she is commemorated by two schools and a park. At Parque Neptuno, a bronze bust of Dammert was also constructed in her honour. Lima students come at her sculpture every year to thank her and celebrate her life’s work.

Happy birthday Juana Alarco! Because of you, today’s Peruvian children have a better life.