Monday, 28 November 2022
You are here: Home IOC restores Jim Thorpe as the lone winner in 1912 Olympic decathlon and pentathlon 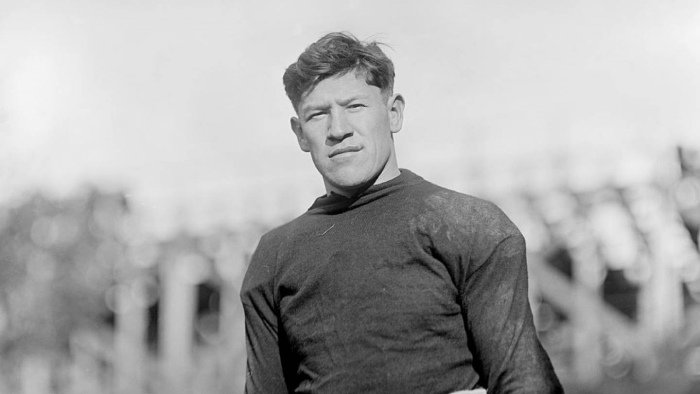 After more than a century, Olympic champion Jim Thorpe will finally be honoured for his prowess in the sports world. The decathlon and pentathlon from the 1912 Olympic Games in Stockholm will once again include Thorpe as the lone Olympic winner, the International Olympic Committee (IOC) declared on Friday.

The Amateur Athletic Union (AAU), which was later replaced by the United States Olympic Committee (USOC), decided that Thorpe had violated the amateurism laws in 1913 and ordered him to forfeit his gold medals.

Hugo K. Wieslander was subsequently credited with winning the decathlon gold medal. Wieslander never received the Olympic gold medal that was handed to him, according to the Swedish Olympic Committee (SOC) and family members.

Similar to the SOC, the Norwegian Olympic Committee decided that Thorpe, and not Ferdinand Bie, who was declared the winner after Thorpe’s medals were taken away, should be considered the gold winner in the pentathlon.

“We welcome the fact that, thanks to the great engagement of Bright Path Strong, a solution could be found. This is a most exceptional and unique situation, which has been addressed by an extraordinary gesture of fair play from the National Olympic Committees concerned,” Thomas Bach, the president of the IOC, made a statement.

In 1982, the IOC Executive Board reinstated Thorpe’s amateur status and, following a ceremony, gave his family two medals. He was effectively a co-winner because the IOC report did not declassify the other 1912 medalists despite the restoration of his status.