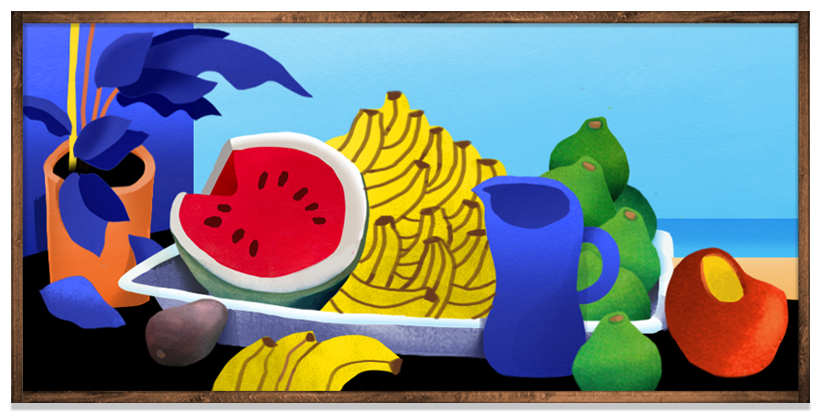 The prominent Colombian artist Ana Mercedes Hoyos is honored in today’s Doodle. She won over seventeen national and international awards as a painter and sculptor. Hoyos was a pioneer of contemporary art who emphasized the complexity of Colombian culture in his work. Hoyos won first place in the 1968 exhibition “Environmental Spaces” at the Bogotá Museum of Modern Arts on this day.

Hoyos was born on September 29, 1942, in Bogotá, Colombia, to an architect family. From a young age, he was encouraged to study art history. Before attending the University of the Andes to study visual arts, she attended Colegia Marymount. Her first series, Ventanas (Windows), was the result of her initial exploration of more abstract and minimalistic designs. Since it won the Caracas Prize from the Colombian National Salon of Artists, many people consider this collection to be the turning point in her career.

Hoyos ventured into new lands over the next few decades. She released Atmósferas (Atmospheres) in the middle of the 1970s, a series that looked into the parameters of light and gained international recognition. After that, she worked on pieces that featured fruits and plants that are typically found in Cartagena, where she lived in the 1980s.

Her work can now be seen all over the world at well-known museums like the Museum of Modern Art in Mexico City, the United Nations University in Tokyo, the National Museum of African American History and Culture in Washington, D.C., and, perhaps most importantly, the Bogotá Museum of Modern Art, where her career began.