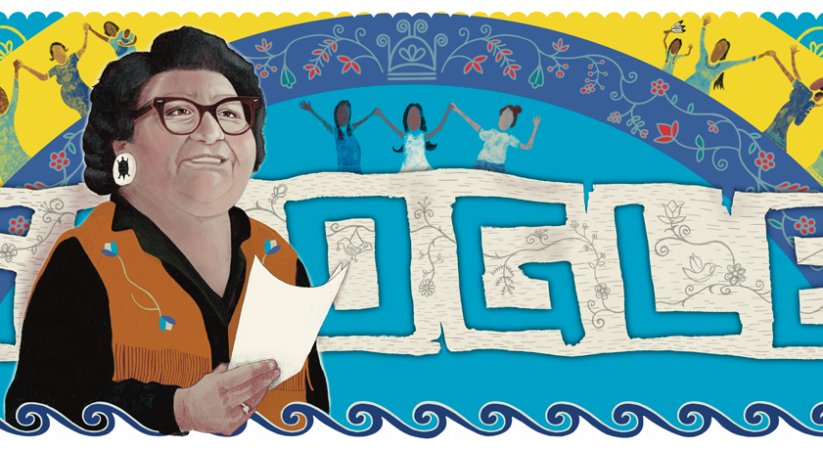 The present Doodle, made by Kanien’kehá:ka (Mohawk) visitor craftsman Star Horn, observes Mary Two-Ax Earley, a Kanien’keháka (Mohawk) woman from Kahnà:wake, Mohawk Territory, arranged on the southern shore of the Saint Lawrence River opposite Montreal. Two-Ax Earley battled for more than twenty years against sex discrimination in the Indian Act, which stripped First Nations ladies of their Indian status on the off chance that they wedded non-Indian men.

On this day in 1985—almost twenty years after Mary started her battle against sex discrimination in the Indian Act—the Parliament of Canada passed Bill C-31, a amendment to reestablish Indian status to ladies who had lost it through marriage.

Mary Two-Ax Earley was brought into the world on October 4, 1911 on the Kahnawà:ke Reserve. At 18, she moved to New York, where she wedded an Irish-American specialist. Under the arrangements of Canada’s Indian Act, her union with a non-Indigenous man implied the deficiency of her Indian status.The Indian Act of 1876 defines who is an “Indian” and who can have a place with an “Indian band” (presently alluded to as First Nations).

The central government designated First Nations women, stripping them of their Indian status (their acknowledgment as an Indian) on the off chance that they wedded a non-Indian man. These laws prohibited First Nations ladies and their kids who lost their status from living in their community, denying them admittance to basic social programs and voting rights locally, and cutting off their community to identity and culture. A great many First Nations ladies influenced by this legislation are as yet standing by to be recognized by Canada.

In 1967, Two-Ax Earley established the Equal Rights for Indian Women organization. For quite a long time, she battled for First Nations ladies’ privileges through associations, ardent addresses, and letter campaigns.

Her steadiness, alongside other First Nations women, made ready for the 1985 cancelation of Indian Act provisions, which reestablished Indian status to a large number of First Nations women. Multi week after the fact, Two-Ax Earley turned into the first woman to have her Indian status reinstated. The Bill was compelling April 17, 1985, however the movement for sex equality proceeds with today.

Notwithstanding a honorary doctorate and a position among the first members from the Order of Quebec, Two-Ax Earley got a National Aboriginal Achievement Award in 1996 for her lifetime devotion to human rights.

Thank you, Mary Two-Ax Earley, for your unyielding dedication to the rights of First Nations women and their children!