Monday, 28 November 2022
You are here: Home Gayle King, co-anchor of CBS Mornings, has signed a new contract with CBS News 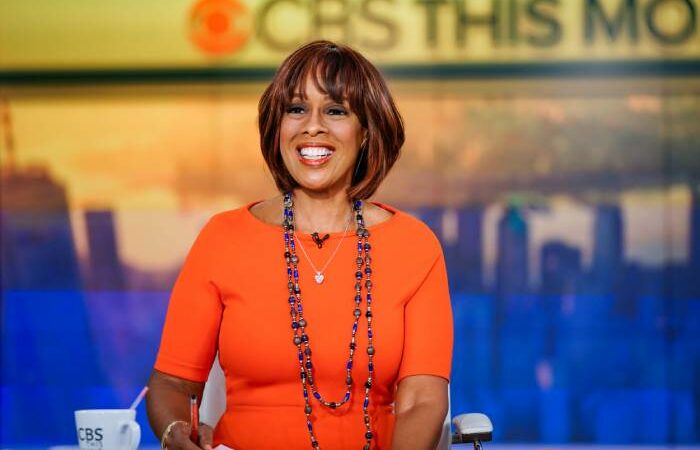 Gayle King has signed a new deal with CBS News, resolving concerns about her future as her contract was ready to expire.

“I officially signed on the dotted line,” she informed listeners on her SiriusXM show, Gayle King in the House, on continuing to co-host CBS Mornings. As a result, I’ll stay with CBS for a bit longer.”

Her future had been a source of discussion, but CNN revealed last week that she had elected to continue with the network.

She also addressed some of the conjecture about her future on her show, such as her desire to relocate to California and the fact that she has been courted by other networks.

“I don’t know why people thought that just because you have a grandchild now all of a sudden you just want to give up your career and go sit in California,” King said. “No. I still, you know, I still feel that in many ways I’m just getting started. So I celebrated my 10 year anniversary, that was always great fun.”

She also highlighted upcoming changes at CBS News, which are focusing on streaming under the leadership of Neeraj Khemlani and Wendy McMahon, the president and co-heads of CBS News and Stations. “the vibe and the energy was so great over there,” King remarked of her visit to the new CBS News Streaming studio.

“The only thing I don’t like about this job are the hours,” she explained. “But you can’t complain about the hours cause the job is what it is. And I’m so proud to be a part of the team, I’m so glad that the negotiations are over .”

The new contract was signed on Thursday, according to King. “the thing that really got to me,” she added, was a town hall meeting this week where Khemlani and McMahon presented a presentation. “Now I looked at that and I thought, ‘God do I wanna be a part of that?’ You know they believe in swinging for the fences, and I’ m thinking I wanna play. I wanna to play.”

According to the New York Times, CNN’s Jeff Zucker approached King’s representatives earlier this week about joining the network in the 9 p.m. slot, which has been without a regular host since Chris Cuomo was sacked.

King joined CBS This Morning as a co-host in 2012, and her stint has been one of the most successful for the network in the morning hours, despite the fact that the show is still third in the ratings. Last year, the show was renamed CBS Mornings, and Nate Burleson and Tony Dokoupil joined as co-hosts.

Khemlani declined to comment on King’s contract or that of CBS Evening News anchor Norah O’Donnell, whose contract also expires this year, in an interview last week. On the streaming service, King will host the first new CBS Reports documentary, while O’Donnell will host a monthly resurrection of Person to Person. “We have no current plans to change what we are doing. We’re leaning into our strength .”