Monday, 23 May 2022
You are here: Home Fox cancels ‘Pivoting’ in Nail-Biter after one season 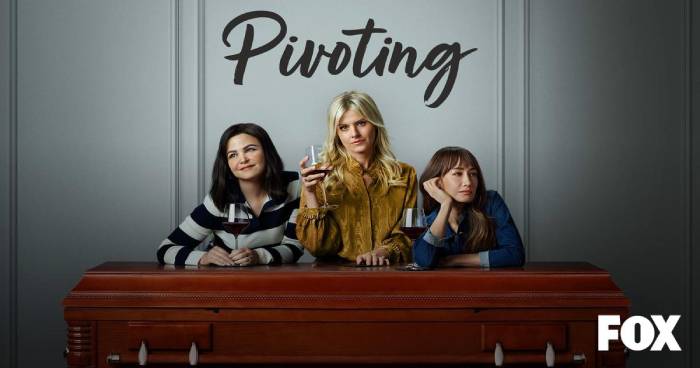 Pivoting will not be renewed for a second season on Fox. The unexpected decision follows months of negotiations between the network and Warner Bros. Television.

Eliza Coupe, Ginnifer Goodwin, and Maggie Q feature in Pivoting, which was expected to be renewed. The show received a perfect score on Rotten Tomatoes as one of the best-reviewed new broadcast series, and it was also a great performer on Hulu, which the network was able to monetize.

The predictable finger-pointing follows the cancellation, with each side believing that they did everything they could to secure a renewal.

According to some sources, Fox was a fan of Pivoting and handed the single-camera show a conditional renewal, which was a no-go because the performers couldn’t move their families. A second attempt by the network to renew the series by requesting a significant reduction in the licencing fee was reportedly failed since the studio was unable to find a method to do it.

Other sources suggest that Fox expressed an interest in renewing Pivoting but did not make a strong effort to do so. While Hulu money has aided Pivoting, Someone have heard the network is looking ahead, since the deal is slated to end next year and the future of the partnership is unclear.

Pivoting’s death highlights the broadcast model’s limitations, as well as the strain that dropping linear ratings are putting on renewal negotiations, particularly with outside studios. Warner Bros. TV has reached an agreement with Fox to renew sophomore multi-camera comedy Call Me Kat as well as freshman drama The Cleaning Lady, and is close to sealing a straight-to-series contract for Cindy Snow, a new comedy that will be produced at a cheaper cost in Atlanta.

While it hasn’t been confirmed, They have heard that fellow indie Lionsgate TV has been able to get a renewal for their debut comedy series, Welcome To Flatch, which is rated lower than Pivoting, making its termination even more shocking.

Pivoting was created by Liz Astrof and follows three women (Coupe, Goodwin, and Q) after their childhood best friend died. Faced with the knowledge that life is short, they undertake a series of rash, ill-advised, and self-indulgent decisions, strengthening their friendship and demonstrating that it’s never too late to mess up your life.