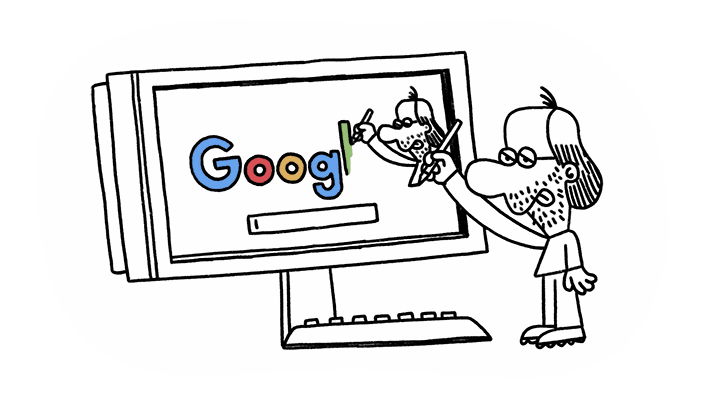 Today’s Doodle honours Antonio Fraguas de Pablo–better known by his pen name Forges–a Spanish cartoonist, author, television writer, and film director who is widely regarded as one of the country’s most important graphic humorists of his day. Forges offered the Spanish audience with a humorous yet empathetic lens into some 50 years of the country’s history in his unique style of simple, thick, black outlines.

On this day in 1942, Antonio Fraguas de Pablo was born in Madrid, Spain, and he knew from a young age that he wanted to be a cartoonist. He began working as a telecine technician at Televisión Espaola when he was 14 years old in 1956, and as an image mixer since 1962. In 1973, he left his job as a Study Coordinator at TVE to pursue a career in graphic comedy. In 1964, he had his first artwork published in the newspaper Pueblo by Jess Hermida, and subsequently moved on to Informaciones. He was entrusted with the editorial humour by Jess de la Serna. 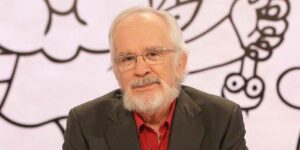 His novel Doce de Babilonia was published in 1992. In the “hooligan” approach to his hilarious features, Forges reveals himself to be a rather solid and ordered storyteller, albeit he may be guilty of an undue reliance on gory humour. It is set in a fictional Babylon and tells the storey of a group of sages, the twelve Akadémikos, who are persecuted by the city’s High Priest, Okrom, for their opposition to any technological, cultural, or scientific advancement.

Forges immediately became popular, filling newspaper pages with a subversive cast of cartoon characters who assisted the people in processing a changing culture in Spain. Thousands of cartoons followed in the decades that followed, covering topics ranging from new technology to the discovery of the Higgs boson particle. Forges was a great creative force, having directed films, written television comedy screenplays, produced cartoon books, and written a novel.

Throughout his career, Forges garnered numerous awards, including Spain’s Gold Medal for Merit in Fine Arts in 2011.