Saturday, 4 February 2023
You are here: Home Ford is delaying the Explorer EV in favour of the Mustang Mach-E, According to reports 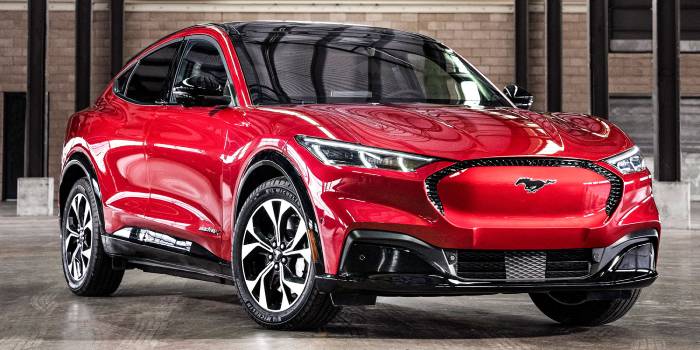 According to Automotive News, Ford is pushing back the launch of its next all-electric Explorer SUV from mid-2023 to at least December 2024. The launch of an all-electric Lincoln Aviator, which is based on the same Ford EV platform, is also being pushed back.

According to the report, Ford will no longer create the two electric vehicles at its factory in Cuautitlan, Mexico, which also produces the Mustang Mach-E. The automobiles were confirmed by the corporation in May.

Ford’s director of EV communications, Emma Bergg, declined to confirm the delay, but did say that the company now aims to use the full Cuautitlan plant for Mach-E production.

“We have unprecedented demand for Mustang Mach-E and we are going to scale production quickly to meet demand. We are now planning to utilise the entire Cuautitlan plant for production of Mach-E .” Ford now expects to produce up to 200,000 Mach-Es per year by 2023, according to her.

Due to the delay, a third electric vehicle in Ford’s North American portfolio, following the Mach-E and the F-150 Lightning, may not be available for some time. CEO Jim Farley has hinted at all-electric versions of the upcoming Bronco SUV and Maverick compact truck, though no date has been set.

Ford’s EV ambitions, on the other hand, haven’t waned. The quantity of F-150 Lightnings that Ford wants to build in the coming years has just increased. It’s also bringing on more employees to meet demand for the electric pickup truck. By 2023, the automakers plans to produce 600,000 electric vehicles worldwide.

“Our goal is to become the clear No. 2 electric vehicle maker in North America within the next couple years and then challenge for No. 1,” Bergg added in an email.

Outside of the F-Series truck series, Ford’s Explorer SUV is one of its most popular vehicles. The Explorer is also a major contributor to Ford’s market domination in the police and security vehicle segments. Ford may have to focus on creating pursuit-rated versions of its other EVs while the Explorer waits in the wings, with the Biden administration encouraging government fleets to go electric. In reality, the Mustang Mach-E already has – it passed Michigan state police tests in September and will be assessed by the Department of Homeland Security in 2022.

Lincoln is said to be working on electric versions of the smaller Nautilus and Corsair EVs, which could arrive before the Aviator, which has been postponed. Lincoln earlier scrapped a 2020 electric vehicle it was co-developing with Rivian. In November, Ford, which owns around 12% of Rivian, cancelled a deal with the EV firm.