Saturday, 4 February 2023
You are here: Home ‘Fear the Walking Dead’ series renewed for season 8 at AMC 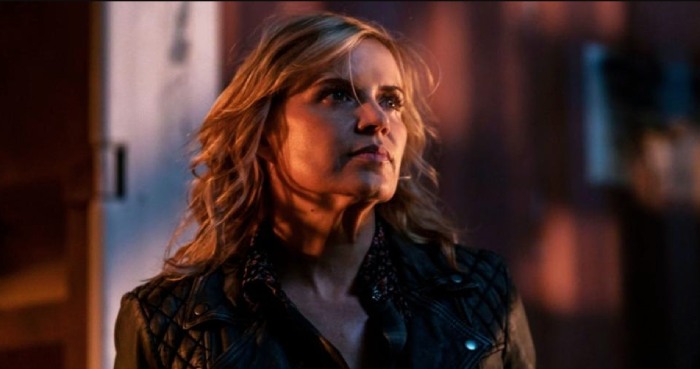 The zombie apocalypse series “Fear the Walking Dead” has been renewed for Season 8, with former series lead Kim Dickens expected to return.

Following the series finale of “The Walking Dead: World Beyond,” the announcement was announced on “Talking Dead.” Dickens will return to the series in the second half of Season 7, which premieres on AMC Plus on April 10 and AMC on April 17. In Season 8, she will become a series regular. From Season 1 to Season 4, Dickens played Madison Clark, a heroine who appears to die by sacrificing herself in an explosion.

“If there were a Mt. Deadmore, Kim Dickens’ face would be on it. Madison Clark is a foundational character to TWDU — heroic, complex, an everyperson who becomes a warrior and then a force of benevolence,” said Scott M. Gimple, Chief Content Officer of The Walking Dead Universe. “Kim Dickens’ raw talent, strength, and brilliance will electrify TWDU once more and we couldn’t be luckier to have her back.”

In the second half of Season 7, months have passed since the nuclear disaster, and Victor Strand is the only one who has survived (Colman Domingo). After establishing a fiefdom, he arbitrarily chooses who will have a chance at life. The other members of the party have been through a lot, but it has given them a fierce desire to live, even if it means taking Strand’s Tower by force and continuing the search for Padre, a mythological destination no one is convinced exists.

Teddy’s previous followers are led by Alicia (Alycia Debnam-Carey), who is burdened by a mystery disease and the consequences of her past activities. Morgan (Lennie James), who is attempting to hold on to hope that he would be reunited with his family, understands that Alicia is crucial to their survival. Strand’s paranoia and personal vendettas intensify as Alicia declares war, and new dangers appear from all sides.