Monday, 28 November 2022
You are here: Home Family ties. Who connects Ukrainian Techiia Holding of Oleg Krot with the 1xBet bookmaker from Russia 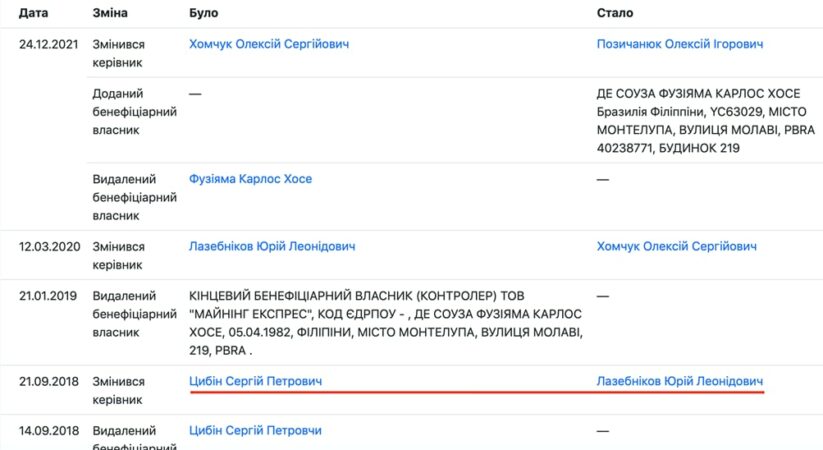 After a serious scandal, the Ukrainian Commission for Regulation on Gambling and Lotteries revoked the licenses of the 1xBet bookmaker from Russia, which were issued in the spring of 2022. Surprisingly, as soon as it happened, a Ukrainian IT holding got right into the middle of the scandal related to this company.

Already in early September, Forbes questioned the statement that the Techiia company from Ukraine donated about $60 million to the Armed Forces of Ukraine and displaced persons during the full-scale invasion of the Russian Federation into Ukraine. Doubts were caused by the fact that such a donation from one company is equal to a third of all fees of the “Vernis’ Zhivim” military fund, which is considered to be the largest one. At the same time, during the entire year of 2021, Techiia managed to show revenues of only $62.2 million. So, it turns out that, almost the entire amount of revenues was spent to cover the needs of the Ukrainian army.

Obviously, the company cannot give almost all of its annual revenue – not to mention profits – to charity; otherwise, it will have nothing and go bankrupt. In a comment to Forbes, the co-founder of the holding, Oleg Krot, could not clearly explain the sources of the income of the holding, which would allow him to make such incredible donations to the army. He only mentioned that half of the revenue for 2021 was generated by one of his businesses, i.e., WePlay Holding esports corporate group.

What is the point of the investigation if this honored businessman wants to help our army? Everything is not that simple. Representatives of Techiia could not explain the source of their revenues and profits. So, while trying to find the real source of the money that was used to support the army the journalists discovered an interesting fact. In fact, it is an interesting connection between people. As it turned out, the co-founder of Techiia, Yuri Lazebnikov, was the CEO at ME-ESTATE LLC. The founder and beneficiary of this company is Sergey Tsybin. He is the same person who owns “Tvoya Bettingovaya Kompaniya” LLC today. Namely, this company brought Russian 1xBet bookmaker to Ukraine and received two licenses for its operation in our country in March of this year.

This suspicion was also supported by the fact that after the start of a full-scale war, the WePlay Esports company continued to cooperate with the 1xBet bookmaker from Russia. Two companies also cooperated in 2021. Journalists have already discovered that 1xBet cooperates with WePlay Esports during their esports events, including CS:GO online competitions. All 1xBet websites are used to promote events of Ukrainian WePlay Esports. In addition, the bookmaker allows placing bets on these events. Moreover, the Russian company broadcasted the 5th season of the WePlay Academy League, which took place from July 25 to August 14, 2022.

All these events took place while Russia was bombing Vinnytsia, Kremenchuk, Kramatorsk, Mykolaiv, Kharkiv, and other peaceful cities in Ukraine. The Techiia holding responded to this by saying that they allegedly cannot control who and how uses the results of the competitions organized by them, and that they do not receive any funds from bookmakers. They highlighted the fact that they have no connections with 1xBet.

Not a bit of it! As of today, Techiia started to pretend that it has no connections with this bookmaker. However, it happened as soon as the media began to suspect the holding of working for the interests of Russians. Already at the beginning of 2021, WePlay Esports was happy to announce its friendship and cooperation with 1xBet.

Does this correspond with today’s statements of the Techiia holding and WePlay Esports project? Moreover, after the publications of the Ukrainian media about the cooperation between WePlay Esports and 1xBet in 2022, all mentions of broadcasts from Techiia that took place during a full-scale war began to disappear from the websites of the Russian bookmaker. It turns out that having into a scandal, Techiia tried to remove all signs of its presence on 1xBet websites. But how can this be done without having direct contact with a Russian bookmaker and having no influence on it?

It can be explained by the fact that Techiia and 1xBet have more than a direct connection. All their business is based on family ties. The thing is that the chief lawyer of WePlay Esports, Roman Rodin is the brother of Alexander Rodin, who holds the position of the CEO at “Tvoya Bettingovaya Kompaniya” LLC which received licenses for 1xBet in Ukraine. Is it another coincidence?

According to the Ukrainian registers, Alexander Rodin and Roman Rodin were registered at the same address in Kyiv on Leonid Pervomaisky Street, 3, Apt. 7. As of today, all mentions of Alexander Rodin (CEO at “Tvoya Bettingovaya Kompaniya” LLC) on all pages of his relatives in social networks are removed. You will not find their photos or any other relevant information.

However, one exemplary photo can be still found on the Facebook page of Diana Shapovalova, who is the common-law wife of Alexander Rodin.

In the photo taken in 2019, Diana Shapovalova stands with her children, as well as her husband’s brother Roman Rodin and his wife Valeria Rodina. Valeria (maiden name Shapovalova) is the sister of the wife of the CEO at “Tvoya Bettingovaya Kompaniya” LLC. The caption under the photo says: “My relatives.”

Moreover, Diana Shapovalova, who calls the brother of the director of the company that brought 1xBet to the Ukrainian market “a relative”, writes that she also works at WePlay Holding. It turns out that Techiia Holding and 1xBet have incredibly close ties. Who knows, maybe the issue of removing all mentions of Ukrainian eSports competitions on the websites of the Russian bookmaker was discussed right at family dinners?

The Rodin brothers are not a poor family at all. Roman Rodin, who holds the role of the chief lawyer at WePlay Holding, owns 7 land plots with a total area of about 10 hectares. He has Jaguar X-Type, Ford F150, and Toyota Camry belonging to his wife Valeria. In addition, he owns a non-residential building measuring 137 square meters on Naberezhno-Pecherskaya Street in Kyiv.

His brother Alexander Rodin, who works for a Russian bookmaker, owns two apartments in Kyiv on Feodosiysky Lane, 14 and on Zarechnaya Street 4, as well as Range Rover and GMC Sierra cars.

In a conclusion, we definitely need to highlight the tone and the nature of the response of the co-founder of Techiia Holding Oleg Krot to the question of the journalist of the dev.ua about whether Techiia has a connection with 1xBet. Like in the case with Forbes, Krot could not give an unambiguous answer for the second time, saying the following: ”I have no influence on this company. This company is much bigger than me. Perhaps their monthly income is higher than my annual.”

Even though the question was about the connection of the companies, Oleg Krot decided to answer that he has no influence on 1xBet. Keeping in mind the fact that “this company is much bigger than me,” maybe the co-founder of Techiia is unconsciously trying to say that 1xBet influences him. Anyway, facts are facts: There can be a war, but there is no place for thinking about it in business.