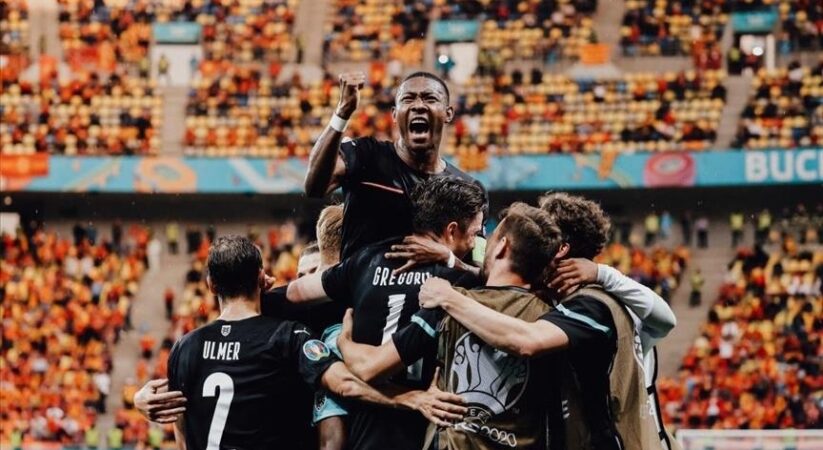 The Austrian national soccer group on Sunday scored its first victory in a final phase of the Eurocup, bringing down North Macedonia 3-1 in their Group C opening match.

The North Macedonian group, headed by veteran Goran Padev, battled hard for a draw right until the final whistle front of large number of fans from their homeland.

Austria played a more defense game than expected at the National Stadium in Bucharest, Romania, before 10,000 fans and, right from the beginning, put the individual talent of its players on display, harming their adversaries at midfield for which the North Macedonians couldn’t muster much of a response.

Marcel Sabitzer and Stefan Lainer scored first for the Austrian crew on a rainy match day in Bucharest, with the former sending a great centering pass to the last mentioned, who terminated the ball into the net.

Then, at that point, North Macedonia’s Pandev ventured up, scoring the first goal for the team in the final phase of a Eurocup tourney not long before the break.

The two groups came out after the intermission looking for the go on tally, and the game took on a significant amount of urgency combined with muffed plays and flubbed driving possibilities at midfield.

Yet, over the long haul, Autria felt more and more confident, over all when Marko Arnautovic and Michael Gregoritsch went onto the pitch, giving significantly more profundity to the group’s offensive game.

It was Gregoritsch who scored the Austrians’ second goal, which came 12 minutes before time after a magnificent centering pass from the left wing by David Alaba, another endorser with Spain’s Real Madrid.

Angelovski’s squad stepped on the gas, attempting frantically for the 2-2 until the last possible moment of play, yet Arnautovic settled the matter not long before the final whistle after racing in toward the North Macedonian goal.

Austria will next face off against The Netherlands in Amsterdam on Thursday, and North Macedonia will stay in Bucharest to take a stab against Ukraine.