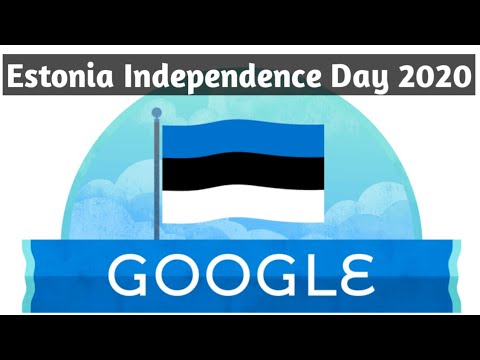 The present Doodle observes Estonia Independence Day and 102 years since the nation’s presentation as a sovereign republic. Distributed in the country’s capital of Tallinn on this day in 1918, the Manifesto to the Peoples of Estonia denoted the start of another period of opportunity for Estonian individuals.

The country’s tricolor banner, as appeared in the Doodle fine art, symbolizes its tendency and social history, with blue speaking to the ocean and sky, dark speaking to the hardships of the past, and white speaking to day off light.