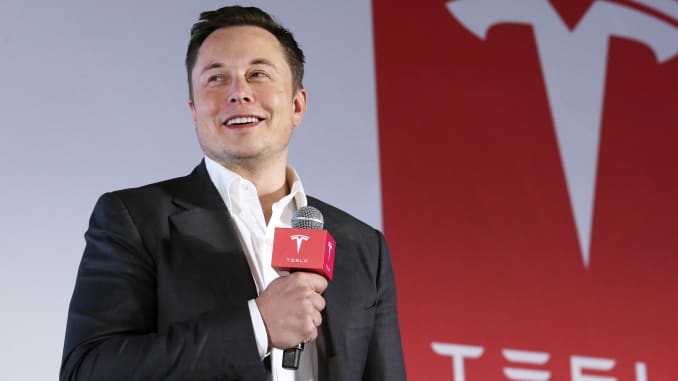 Elon Musk sold more Tesla Inc. stock on Wednesday, raising the total amount of his stock sales to more than $15 billion since the billionaire launched a spate of similar transactions last month.

According to regulatory papers made late Wednesday, Mr. Musk exercised more than 2.1 million Tesla stock options. According to the reports, he sold more than 934,000 shares in the company he runs, worth at roughly $928.6 million, to cover tax withholdings.

Mr. Musk announced on Sept. 14 that he would exercise options and sell shares as part of a plan. The stock options he exercised are part of a group of roughly 23 million vested stock options that will expire in August 2022. About 21.3 million of the options have been exercised.

“There are still a few tranches left, but almost done,” Mr. Musk remarked on Twitter on Wednesday, before the papers were made public.

Mr. Musk asked Twitter users last month on whether he should sell 10% of his Tesla stock after setting the stock plan; those who voted on the social media network backed the idea. On November 8, the CEO began exercising Tesla stock options and selling company stock.

When he launched the Twitter poll, Mr. Musk had about 170.5 million Tesla shares and promised to sell 10% of his ownership. So far, he’s sold about 14.8 million shares, leaving him short by at least $2 million in stock sales to achieve his commitment. The actual amount is determined by how he defines his ownership stake.

Mr. Musk now owns more Tesla stock than he did at the time of the Twitter poll, thanks to the exercise of stock options. He now has 177 million shares of Tesla stock in his possession.

Mr. Musk is the richest person on the Bloomberg Billionaires Index, with a net worth of about $261 billion. He’s also sold some stock that isn’t tied to the stock options in recent weeks.

Tesla’s stock has fallen since Mr. Musk began selling last month. The stock is down more than 17 percent since Mr. Musk took the Twitter poll, closing up 7.49 percent on Wednesday at $1,008.87.