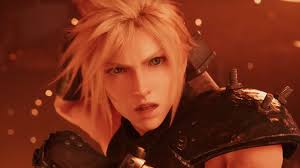 The news was announced not at Square Enix E3 press conference, yet through a trailer dropped at A Symphonic Reunion, a show of Final Fantasy VII music at Los Angeles’ Dolby Theater.

Last Fantasy VII Remake was first presented as a tech demo, played right back at E3 2005 to show off what the notable RPG would resemble on the PlayStation 3. At that point in 2015 the real deal was declared to great fanfare, but we’ve seen precious little of VII Remake since then.

In light of the nearness of a PlayStation icon and the absence of a Xbox logo at the trailer’s end, it seems Final Fantasy VII Remake is a PlayStation 4 select.

Square Enix guaranteed to uncover progressively about the release on Monday at the company’s E3 press conference. The main inquiry that strikes a chord about the release date is whether the whole game will be accessible on March 3, as producer Yoshinori Kitase previously said the game would be released in multiple Final Fantasy XIII-sized installments.

Other than the entire “multiple-installments” thing, the greatest contrast between Final Fantasy VII and Remake is in combat. Last Fantasy VII included great RPG turn-based bouts, while the Remake has continuous action. However, we likely won’t see some of the bigger changes until we actually play the game, as Kitase has also said that changes will be made to the storyline, too:

“I don’t want the remake to end as something solely nostalgic. I want to get the fans of the original version excited,” Kitase said to Dengaki magazine, translated by Gematsu. “We’ll be making adjustments to the story with this thought in mind.” Meanwhile, director Tetsuya Nomura said in the same interview that he hopes fans of the original “can be surprised once again.”

With this enormous uncover preceding Square Enix’s E3 press conference, expect that event to focus more on the Avengers game that Square Enix has been hyping on its social media accounts in recent weeks.