Saturday, 25 June 2022
You are here: Home Drinking coffee every day may help prevent early death, According to study 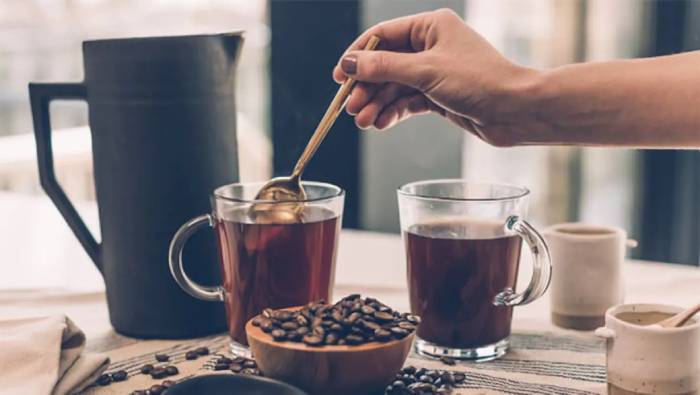 Coffee drinkers appear to have a lower risk of death early, whether they drink it with or without sugar, however scientists caution that the discovery may not be due to the brew itself.

Coffee consumption has been linked to a lower risk of chronic liver disease, certain cancers, and even dementia in previous research.

People drinking a moderate amount of coffee every day, whether sweetened with sugar or not, had a decreased risk of death throughout a seven-year period than those who did not, according to Chinese researchers.

The study, which was published in the Annals of Internal Medicine, is based on data from more than 171,000 UK BioBank participants. Since its inception in 2006, the UK BioBank has collected genetic, lifestyle, and health information from more than 500,000 people, including information on coffee consumption.

The researchers followed the individuals for a median of seven years beginning in 2009, during which time 3,177 people died.

After accounting for factors such as age, gender, ethnicity, educational level, smoking status, quantity of physical activity, body mass index, and diet, the researchers discovered that persons who drank unsweetened coffee had the lowest risk of death when compared to those who did not.

Those who drank 2.5 to 4.5 cups per day had the biggest reduction, with a 29 percent lower chance of death.

Coffee sweetened with sugar was also linked to a lower risk of death, at least for those who drank 1.5 to 3.5 cups per day. For those who used artificial sweeteners, the pattern was less obvious.

The study, on the other hand, only asked participants once about their coffee use and other behaviours, relying on self-reporting. The majority of individuals who used sugar added only a tablespoon to their drink, so it’s unclear if the findings would hold true for high-sugar specialty coffees.

While the findings were intriguing, Naveed Sattar, a professor of metabolic medicine at the University of Glasgow who was not involved in the study, cautioned that they were not conclusive.

“The observational nature of this new study means these conclusions are far from definitive,” he said.

“This is because coffee drinkers are in general more affluent and have healthier lives than non-drinkers and I remain unconvinced whether these factors can be overcome in observational studies.” Prof Sattar went on to say that there was no genetic evidence linking coffee to any significant health benefits.

“I would suggest people stick to coffee or tea, preferably without sugar, which most people can adapt to, and try to do all the other things we know keep you healthy – move more, eat and sleep better.”

Dr. Christina Wee, the journal’s deputy editor, agreed that the findings were not conclusive in an accompanying editorial. However, she went on to say that drinking coffee, whether unsweetened or with a small bit of sugar, did not appear to be hazardous to most people.