Saturday, 25 June 2022
You are here: Home Disney+ is developing a ‘Daredevil’ series 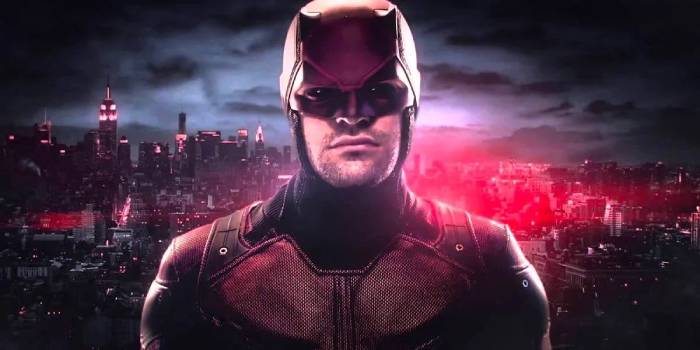 Daredevil fans now have something to look forward to after Netflix cancelled the popular show after three seasons. Reports that Disney+ is moving forward with its own series featuring blind lawyer-turned-superhero Matt Murdock. Matt Corman and Chris Ord will write and executive produce the series for the streaming service. Corman and Ord co-created the spy thriller Covert Affairs and worked as co-showrunners for the NBC military drama The Brave.

Daredevil is the latest in a long line of Marvel Comics series to be resurrected as Disney+ episodes, beginning with WandaVision last year. Since then, the streaming service has published six more Marvel series, including Hawkeye, Moonknight, and Loki, with more on the way this year. Meanwhile, the Netflix series based on Marvel characters were all removed from the platform’s collection earlier this year.

The Daredevil Disney+ show is still in its early stages, according to Variety, with Marvel having yet to make any public announcements. In this year’s Spider-Man: No Way Home, Charlie Cox reprised his role as the principal character from the Netflix series, and Vincent D’Onofrio recreated his Daredevil role of Kingpin in Disney’s Hawkeye. Both performers looked upbeat about a Disney+ revival of the show, although it’s unclear whether they’ll appear in the new series.

In an interview with Marvel News Desk, D’Onofrio discussed the Netflix show’s abrupt demise, which surprised many of its fans. According to the actor, the show’s cancellation in 2018 was most likely due to Marvel preparing the way for Disney’s nascent streaming service. “You know, at the same time the group #SaveDaredevil started to rise, we started to learn the reasons why that happened and so we understood what Marvel was doing because Disney+ coming out.”