Monday, 28 November 2022
You are here: Home Crew Dragon successfully launch, carrying the first Russian from US land in 20 years 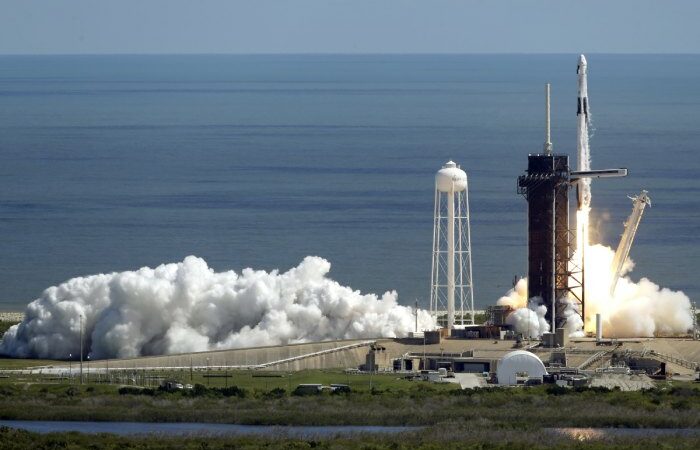 In 2002, the space shuttle Endeavour launched from Florida’s Kennedy Space Center four days before Thanksgiving. One Russian cosmonaut, Nikolai M. Budarin, who was conducting his third space journey, was one of the seven crew members travelling to the International Space Station.

By that time, cosmonauts had been travelling on board the space shuttle for close to ten years as a result of improving ties between Russia and the United States. However, tragedy struck during the shuttle’s subsequent trip, which took off in January 2003, ending the exchange programme. All seven crew on the Space Shuttle Columbia died when it crashed during descent into the atmosphere of the Earth.

No more Russians would fly on the space shuttle after it resumed operations as a result of this catastrophe. Instead, NASA focused on finishing the International Space Station’s construction by flying the fewest possible missions. NASA would eventually come to rely on Russia’s Soyuz spacecraft as its sole means of access to space after the shuttle’s retirement in 2011.

With its fifth operational mission for NASA, Crew Dragon launched humans into space for the eighth time on Wednesday. Nicole Mann, a NASA astronaut making her maiden trip into space, piloted this Crew-5 mission. When she finally arrived in orbit, she said, “Whooo, that was a smooth ride uphill!”

A cosmonaut named Anna Kikina, who was also undertaking her first voyage into orbit, was one of the four Dragon riders. She is just the sixth female cosmonaut from Russia or the Soviet Union overall since Valentina Tereshkova’s orbital flight on June 16, 1963. In addition, Kikina is the first Russian spacecraft to launch from the United States since Budarin did it 20 years ago.

NASA astronaut Josh Cassada and Japanese astronaut Koichi Wakata complete Crew-5 together with Mann and Kikina. This is Wakata’s seventh space mission, compared to the three rookies. The astronauts will carry out more than 200 research studies and technological trials during their time on the International Space Station, including investigations into the printing of human organs in orbit.

The launch of Kikina coincides with improving ties between NASA and Roscosmos, its Russian counterpart. After Russia’s aggressive invasion of Ukraine in February, there have been many challenging times in this relationship. In an effort to win over Russian President Vladimir Putin, Dmitry Rogozin, the bombastic and patriotic chief of Roscosmos, made statements that were critical of NASA and publicly supported the war. Additionally, Rogozin frequently threatened to withdraw Russia from the International Space Station.

However, Yuri Borisov, a former deputy prime minister, succeeded Rogozin as head of Roscosmos in July. The new director of the Russian space agency has shown far more sobriety than his predecessor and has expressed a desire to work with NASA on the International Space Station at least through 2024 and maybe longer. NASA, which states that the station is designed to be operated jointly by its primary partners, the United States and Russia, prefers this arrangement.

The launch of Kikina into space on Wednesday so marks the end of one era and the start of another. A Russian launch from US soil ends a 20-year dry spell and shows that, despite the two countries’ serious and protracted war on Earth, cooperation in space is still conceivable.

Sergei Krikalev, the head of human spaceflight for Roscosmos, stated so during a post-flight news conference on Wednesday. Veteran cosmonaut Krikalev was the first Russian to go aboard the NASA space shuttle in 1994.

He said that since the 1970s, when an Apollo and Soyuz spacecraft docked, the United States and Russia have worked together in space for more than 40 years. He declared that it was his intention to make sure that the two nations would maintain their collaboration “our cooperation as long as I can imagine.”