Saturday, 25 June 2022
You are here: Home China and Russia have vetoed UN sanctions against North Korea for the first time since 2006 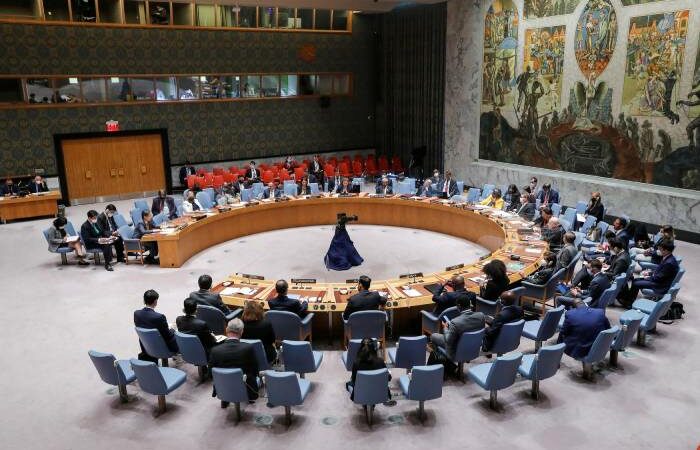 Russia and China vetoed a US-drafted UN Security Council resolution to boost sanctions on North Korea on Thursday, a vote the US ambassador to the UN described as “dangerous, frustrating, and likely to fuel Pyongyang’s nuclear-capable missile defense system.”

The move comes after more than a dozen North Korean ballistic missile tests this year, all of which broke past UN resolutions and prompted another international response, according to US officials.

The vetoes from Russia and China, who had not blocked any of the nine prior sanctions votes since 2006, were blasted by US Ambassador to the UN Linda Thomas-Greenfield, who said the gravity of the threat posed by North Korea’s nuclear development had not changed.

“For the first time in 15 years, a UN Security Council member has used a veto to stop the council from fulfilling its responsibility to hold the DPRK (North Korea) accountable for its unlawful proliferation,” the US envoy said in a statement issued on behalf of the US, Japan, and South Korea.

“The vetoes today are dangerous. Those members today have taken a stance that not only undermines the Security Council’s previous action to which they have committed but also undermines our collective security.”

“These council members have decided to shield a proliferator from facing the consequences of its actions and they have demonstrated the worthlessness of their word by giving an explicit nod of approval to the DPRK,” Thomas-Greenfield said in a session at UN headquarters.

North Korea has conducted at least 16 missile tests this year, the most recent being on Wednesday, when it fired three missiles. At least one of North Korea’s tests this year was thought to be an intercontinental ballistic missile capable of striking the United States’ mainland.

New sanctions on North Korea, according to China’s UN ambassador, will not stop the country’s weapons programme and may even enhance its testing.

New sanctions could put more strain on North Korea’s humanitarian crisis as it deals with the repercussions of the Covid-19 outbreak, according to Ambassador Zhang Jun.

The Covid situation in North Korea was also cited by Russia’s envoy as a basis for its veto.

“The strengthening of the sanctions pressure on Pyongyang is not only useless but it’s extremely dangerous from the humanitarian consequences of such measures,” Russian Ambassador to the United Nations Vasily Alekseevich Nebenzya said following the vote in translated remarks.

Nebenzya stated that sanctions imposed on North Korea for the past 15 years had succeeded.

“Starting in 2006, many restrictive resolutions were adopted against Pyongyang, however as history has shown us, the paradigm of sanctions has still not been able to guarantee security in the region or resolve issues of missile and nuclear non-proliferation,” the Russian envoy said.

Both China and Russia had urged Washington to release a presidential statement rather than proposing the draught Security Council resolution in the run-up to the vote.

However, US Ambassador Thomas-Greenfield stated that China and Russia were not even interested in discussing fresh measures against Pyongyang.