Wednesday, 8 December 2021
You are here: Home Cam Newton will make first start in his comeback to the Carolina Panthers vs. Washington Football Team 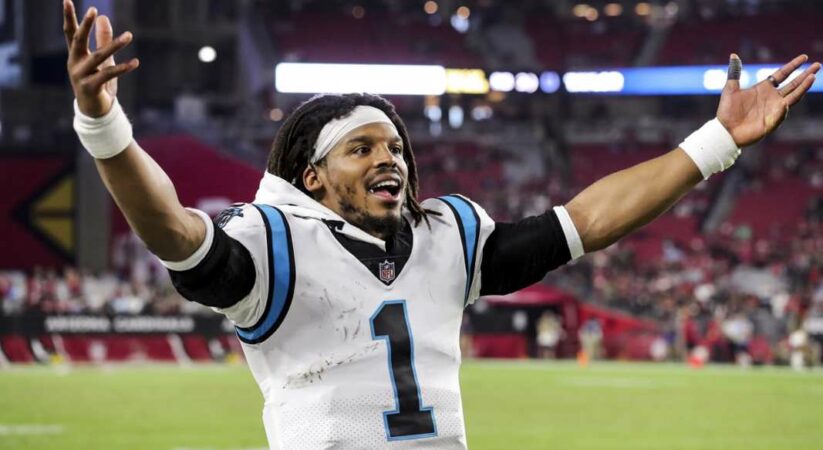 On Sunday, Cam Newton will make his second start with the Panthers, facing Washington and former Panthers coach Ron Rivera.

Coach Matt Rhule made it official on Friday after the 32-year-old quarterback worked with the first team for a full week.

Newton signed a one-year contract worth up to $10 million to finish the season eight days ago. In Sunday’s 34-10 win over Arizona, he was in for eight plays and scored touchdowns on his first two snaps.

After starting quarterback Sam Darnold was placed on injured reserve with a shoulder injury, P.J. Walker took his place against the Cardinals. Walker would also get snaps on Sunday, according to Rhule.

This week, according to Rhule, Newton has focused on developing a game plan that he and the rest of the offence are comfortable with.

“They’ll figure out the right plays for him, right amount of plays for him,” he said. “We’ll have both guys ready. Game plan wise, we could see a myriad of different things happen.”

Newton’s arm strength, which was a worry when he was released by Carolina in 2020, has “no concerns” according to Rhule and offensive coordinator Joe Brady.

They’ve seen Newton’s energy in practise, and it’s the same energy he brought to the game on Sunday.

“The energy is awesome,” Rhule said of his 5-5 squad, which would be the seventh seed in the NFC playoffs. “I never mean to belittle it.” I simply enjoy it when he’s on the practise field, throwing his last ball of the period, turning around and running a lap before returning. To me, it’s all about setting a good example.

“We all understand Cam is a force of nature almost in terms of the things he brings. But I don’t want it to be all that people realize. What I see is a true professional that wants to win and puts the time in.”