Tuesday, 24 May 2022
You are here: Home BTS to release second English-language single ‘Butter’ in May 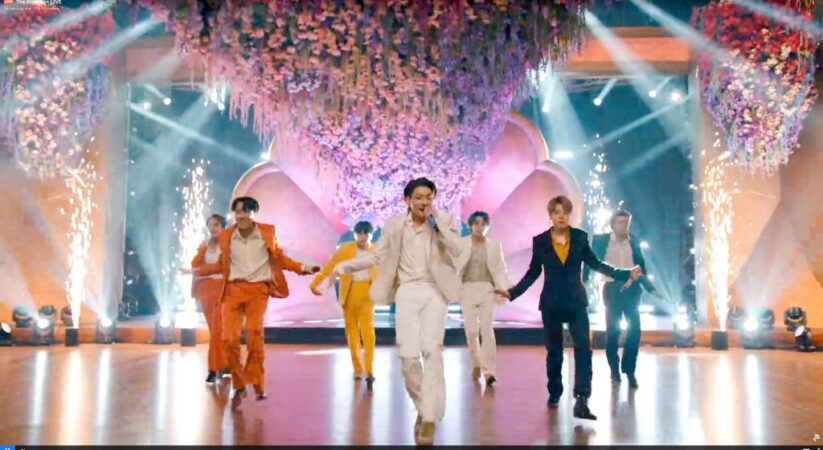 In the event that you were unable to get enough of “Explosive,” prepare for “Spread”!

On Monday, BTS amazed fans by declaring their second English-language single called “Butter,” which is set to release May 21. As per a news release, the song is a “dance pop track brimming with the smooth yet charismatic charm of BTS.”

Most as of late, BTS turned into the first Korean pop group to be nominated at the Grammy Awards for best pop duo/group performance. A month ago, they addressed they about their historic nomination for their diagram beating English-language hit, “Dynamite.”

“We’re still figuring out what to make of it. But we do know this is a great honor and we’re deeply thankful. We’re trying our best to deliver a great performance to return all the support we received from our fans,” Jimin said via an interpreter.

“(A) performance is what we wanted more, even more than a nomination or winning,” RM added. “We are a performance team, so a performance with our own song was one of our final dreams for this whole journey, so we are flattered and excited at the same time.”

They’re the first K-pop group to debut at the top of Billboard’s Hot 100. They hold the Guinness World Records for most-viewed YouTube music video in 24 hours (“Dynamite” hit 101 million perspectives). They’ve beat their own record for the top of the selling South Korean album ever.

Looking forward to the rest of 2021, the septet said their biggest priority is meeting ARMY again. “The vaccines started to roll out,” Jin said. “If the situation allows, our priority would be to hold a concert with our fans. Also, we’re working on individual songs and meeting up for group songs as well. So stay tuned for new things to come out.”