Friday, 28 January 2022
You are here: Home BTS announces will be taking an ‘extended period of rest’ after their upcoming shows 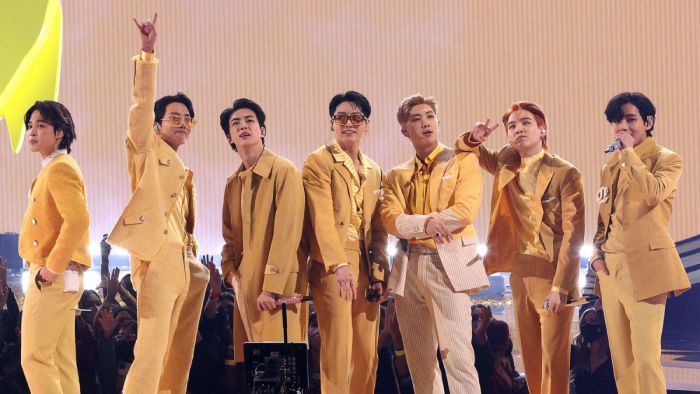 BTS, the popular Korean boy band, has stated that they will take a “extended period of rest” following their upcoming shows.

The break, which was revealed in a tweet on Sunday, will be the band’s second since 2019.

“We would like to inform you that BTS is planning to take a second official extended period of rest since their first in 2019, after they complete their official scheduled events of ‘BTS Permission to Dance on Stage – LA’ and the ‘2021 Jingle Ball Tour.’ BTS stayed active in order to engage with fans in 2020 and 2021 amidst the COVID-19 situation, and achieved dazzling results to cement themselves as top global artists,” according to a statement posted to BigHit Music’s social media accounts.

The singers of “Butter” say they worked through the Covid-19 pandemic and “achieved dazzling results” that “cemented themselves as top global performers” during that time.

The vacation is meant to give the team a chance to “re-inspired and recharged with creative energy.”

The band members RM, Jungkook, Jin, Suga, J-Hope, Jimin, and V will also get to spend the holidays with their families and loved ones for the first time since their debut, according to the statement.

“BTS will be focusing on preparing for the concert and release of the new album that will mark the beginning of a ‘new chapter,'” according to the statement. They’re planning a concert in Seoul in March to connect with and communicate with fans in person.”

“omg I’m so happy that they will be able to spend some times resting and having fun with their families and friends! This is so amazing I’m crying I’m so happy for them! They deserve this so much they’ve been working so hard rest well my loves “In a tweet, one admirer wrote:

Others advised them to take a break and return when they were ready.

“please rest well babies you deserve it so much and enjoy ur vacation to the fullest i love u,” one person tweeted.