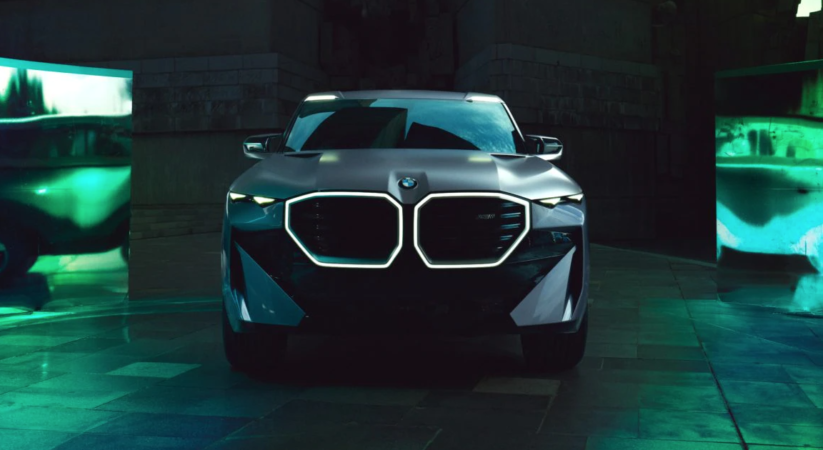 BMW has unveiled a new prototype plug-in hybrid electric vehicle, the company’s first in the M class to use an electric motor. According to a press release from BMW, production of the XM will begin in late 2022 at the company’s Spartanburg, South Carolina plant.

The idea is The BMW XM has a V8 engine that produces 750 horsepower and 737 foot-pounds of torque when coupled with an electric motor. While the production version of the XM will have a V8 engine mated with a plug-in hybrid powertrain, BMW spokesman Jay Hanson stressed in an email to The Verge that “horsepower and torque figures should be considered preliminary at this time.”

The distinctive front-end design, which features two enormous nostril-shaped holes, represents a new approach for the firm’s future premium automobiles, according to the business, which also incorporates an illuminated version of its black kidney grille.

Hanson described the inside as having “vintage-look leather” and a curved display that blends the instrument panel and infotainment display into one design. The concept XM, according to BMW M CEO Franciscus van Meel, “represents a complete re-imagining of the high-performance vehicle segment.”

The company did not disclose pricing information for the automobile.

Although the XM isn’t an all-electric vehicle, BMW has stated that by 2030, half of its new vehicles would be totally electric. It’s working on all-electric versions of its 5 and 7 Series sedans, as well as the X1 SUV. However, the iX3 will be offered exclusively in Europe and China, not in the United States.