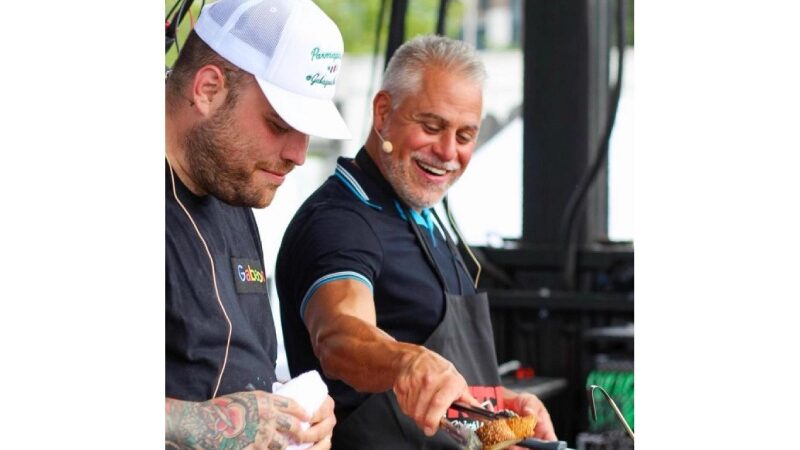 Feast-worthy delicacies made with his signature style.

Whether it’s for family or friends, we all love to cook lobster and present it as the main attraction of the dinner. Frank also loves to make the iconic seafood and creates whole feasts dedicated to it. His Tik Tok and YouTube accounts are filled with videos where he makes enormous meals with multiple dishes made from lobster. It includes cold, hot, and snack food items.

Food Boss has over a million Tik Tok followers who love his cooking videos. He is well known for the enthusiasm he shows in the kitchen to prepare unmatched feasts for his friends and family.

If you are looking for the perfect lobster recipe for your next dinner, you have come to the right place. Instead of just one, here are six different lobster dishes as made by Food Boss. You can either make one, all, or as many dishes from these as you like.

Frank creates this classic dish and adds Italian seasoned breadcrumbs to give it a signature twist. He recommends that the lobster tail used for the recipe should be as huge as possible

A dish similar to the Oreganata is the whole baked Lobster. Food Boss also adds Italian seasoned breadcrumbs in his recipe.

For those interested in the colder lobster cuisine, Frank cooks a chilled lobster and adds clarified butter along with dijonnaise.

Food Boss uses fresh dinner rolls and adds lobster claws to the mix. His sandwiches also have spicy mayo, truffle, and infused garlic butter in them.

The world is already aware of the famous delicacy called crab cakes. Frank twists the tried and twisted recipe and does it with lobster. You must be wondering why you have never heard of the thing, it’s because only Frank does it.

It’s a classic lobster dinner recipe made in the pure Italian style by Food Boss. He likes to make it rich with hot spices and emphasizes that it must be perfectly cooked and served to smoking hot. Frank likes to serve it with hot spaghetti pasta.

No Italian dinner is complete without a fresh serving of garlic bread. Frank makes his own with the signature style he is known so well for.

Mac and cheese with Lobster

Food Boss loves to have a piping hot serving of mac and cheese with his every feast. He uses pancetta with lobster bits to give a twist to the all-time favorite.

All of these dishes can be seen on YouTube and TikTok accounts of Food Boss.

Even though these may seem like exquisite and fine cuisine, that require dozens of ingredients and just can’t be made at home, they aren’t. The exquisite and fine part is true but the rest isn’t. This ability to simplify complex recipes and demonstrate them to the audience is what makes Frank stand out from the rest of internet chefs.

It might seem like promoting his brand, but Food Boss regularly emphasizes the importance of cooking at home and the damages of eating out, especially fast food. He considers it to be one of his motivators and a reason for him to keep on making his videos.

Most of the recipes shown in his videos are Italian ones that were handed down to him from generations of his family. He proudly endorses them in his videos and is seen sharing stories, events, and feelings related to the food he is making.

Frank has used this and turned it into a living. He has been operating two catering venues called Ariana’s and Ariana’s Grand for the past twenty-five years. However, it must not be assumed that he only has expertise in making Italian cuisine. Food Boss regularly emphasizes that neither he nor any of his kitchens only make Italian food.

Looking at the success he has gained online in just a small period depicts that Food Boss may be on its way to becoming the next big thing on the internet. For now, it seems like he wants to continue his tried and tested style of making food videos in his home kitchen. This makes him very close to his audience as they relate to him on a personal level. Frank does not seem like other chefs who are making and posting home cooking videos just because they have no other option and are confined to their homes.