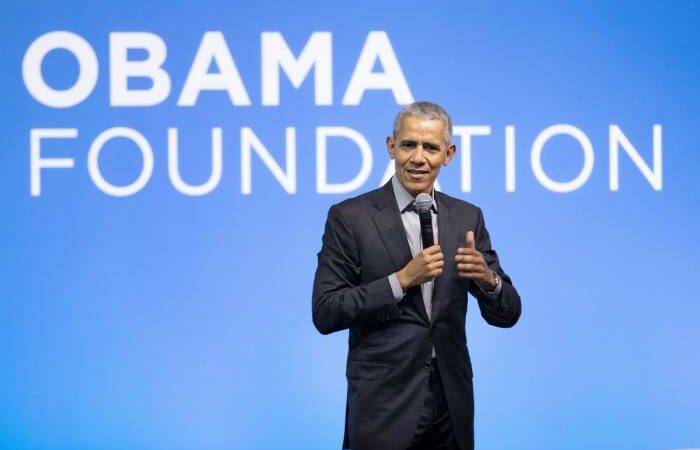 Barack Obama, as is his custom, ended the year with a list of his favourite songs, featuring music by Lil Nas X, Mitski, Brandi Carlile, and Lizzo among those that drew his attention in 2021.

Obama said of this year’s list, “I’ve always enjoyed listening to a wide variety of music, so it’s no surprise that I listened to a little bit of everything this year.” “I hope you find a new artist or song to add to your own playlist.”

Lil Nas X’s “Montero (Call Me By Your Name),” Mitski’s “The Only Heartbreaker,” Carlile’s “Broken Horses,” and Lizzo’s “Rumors” with Cardi B are among Obama’s Favorite Music of 2021, which is not to be confused with his summer playlist.

Obama’s playlists are usually diverse in terms of genre, and the one for 2021 is no exception, with songs from the pop world (Yebba’s “Boomerang”), reggaeton (Aventura and Bad Bunny’s “Volví”), hip-hop (Nas’ “Nobody” with Lauryn Hill, Isaiah Rashad’s “Headshots”), and a surprisingly heavy helping of indie rock, with Parquet Courts, Courtney Barnett, the War on Drugs, and Wye Oak all on the list.

“Montero (Call Me By Your Name),” “The Only Heartbreaker,” “Volv,” MO3 and Morray’s “In My Blood,” Parquet Courts’ “Walking at a Downtown Pace,” and Yotuel Romero, Descemer Bueno, Maykel Osorbo, Eliécer “El Funky” Márquez, and Gente de Zona’s “Patria y Vida” all appear on Obama’s list of the 50 Best Songs of 2021.

Previously, the former president listed his favourite books and films of the year.