Thursday, 2 February 2023
You are here: Home Apple releases firmware version 2.0.36 for the AirTag 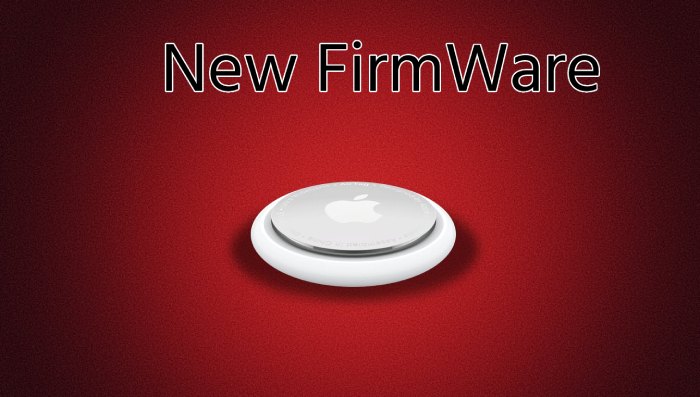 AirTag is now at version 2.0.36 thanks to an update from Apple that includes unknown enhancements and fixes.

The AirTag is a tracking device about the size of a quarter that can be used to find lost items. It isn’t updated often. Although Apple did not specify what was included in the most recent firmware update, users can anticipate unspecified fixes and performance enhancements that address known issues.

AirTag doesn’t have a way to update it manually; rather, users will see the update apply automatically in the coming days. A few clients have found that keeping the AirTag near the parent iPhone while associated with WiFi might instigate the update sooner.

The AirTag’s firmware version can be verified using your phone’s Find My app. Tap the appropriate AirTag in Find My, then tap the battery icon; the serial number and firmware version will appear.