Monday, 23 May 2022
You are here: Home Apple Music app will be available on Roku devices 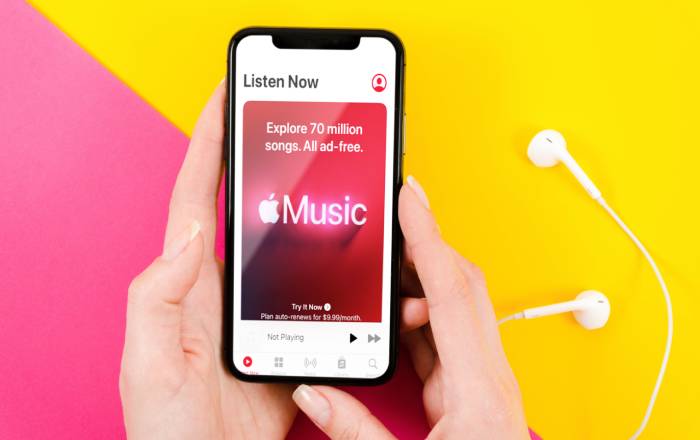 Apple Music songs and videos may now be played on Roku TVs, streaming players, and soundbars. The “app will be available to download later today,” Roku revealed on Monday.

Apple’s music service has taken a long time to make its way onto one of the most popular smart TV platforms. In 2019, it was ported to Amazon’s Fire TV, and it has since been converted to at least one gaming console: the PS5 (but it does not appear to be supported on Xbox or Switch). Streaming music services, on the other hand, make a lot of sense on TVs in my opinion. If someone has a beautiful set of speakers, they’re almost certainly linked to the TV, and seeing album art on such a wide screen is a delight for most of us who only see it in thumbnail form.

Roku representative Sophia Economou told The Verge in an email that Apple Music on Roku will not enable lossless or spatial audio “at this time.” While these features aren’t exclusive to Apple’s platforms (they’re also available on the Android Apple Music app), they don’t appear to be especially widespread on systems designed to be connected to televisions. (They couldn’t locate any mention of them in the Apple Music app for PS5.) Of course, the Apple TV 4K supports these, though it does have certain limitations when it comes playing the highest-resolution lossless files.

On the one hand, it makes sense, considering the wide range of hardware Roku apps can operate on and the fact that both features would be useless on TV speakers. On the other side, for anyone who has a sound system connected to their Roku player, this may be a real pain.

Roku users will be able to subscribe to Apple Music through the Roku channel shop or check in if they already have an Apple Music membership.