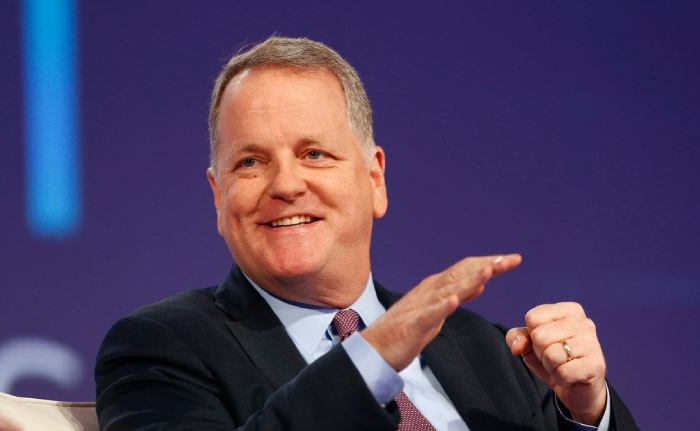 After two decades as CEO of American Airlines, Doug Parker will step down next year and be succeeded by the carrier’s president, Robert Isom, on March 31, the company announced Tuesday.

Parker’s retirement as CEO of the country’s largest airline is the latest in a series of leadership changes at the country’s major airlines, with the new CEOs charged with leading the carriers’ recovery from the Covid pandemic.

Gary Kelly, the CEO of Southwest Airlines, will step down in February and be succeeded by Bob Jordan, another long-serving executive. Scott Kirby, who was sacked as American Airlines’ president in 2016, joined United Airlines as its CEO in May 2020. Since taking over Kirby’s post in 2016, Isom has been Parker’s heir apparent.

Parker, 60, will remain chairman of American’s board of directors.

“It likely would have happened sooner, but the global pandemic — and the devastating impact it had on our industry — delayed those plans,” Parker said in a note to staff Tuesday.

From September 11th to Covid

Parker’s 20-year career as an airline CEO was marked by two major crises: 9/11 and the Covid pandemic. Parker was instrumental in securing $54 billion in federal funds to meet payroll bills during the height of the pandemic, when thousands of jobs were at risk.

“No other CEO worked as hard, spent as much time with Congress or the administration, or felt the urgency of keeping people connected to our jobs — not once, but three times,” wrote Sara Nelson, president of the Association of Flight Attendants, the largest union of cabin crew members, who pushed for the aid package, working closely with airline CEOs, including Parker. “The industry is standing today and able to lift us out of the biggest crisis in aviation history.”

Parker took over as CEO of America West 10 days before the terrorist attacks on September 11, 2001. While several carriers struggled to recover after the attacks, Parker saw the difficult climate as an opportunity for consolidation.

He managed two mergers, one with US Airways and the other with American Airlines in 2013, which came at the tail end of a wave of consolidation among US carriers that catapulted American to become the country’s largest airline. Years before, he was the CEO of the united America West and US Airways.

Airlines were plagued with large debt and high legacy expenses following the Great Recession, which resulted in a series of bankruptcies and a new phase of mergers. Parker saw a once-in-a-lifetime opportunity to build a larger airline with the size and scope he never had at US Airways.

The target this time was American, which had gone bankrupt in 2011. When American exited from Chapter 11 bankruptcy in 2013, Parker orchestrated a merger between US Airways and American, resulting in the world’s largest airline. Parker was named CEO once more, while Isom served as chief operational officer, overseeing the merger of the two carriers.

Parker and Isom worked together to expand international and domestic partnerships, such as with Alaska Airlines and JetBlue Airways. The latter prompted the Justice Department to file a lawsuit this year, alleging that it will result in increased airfares and inferior customer service. Allegations against the airlines have been rejected.

Parker and Isom also offered new fare classes such as no-frills basic economy and fees advanced selection of numerous seats, both of which have become popular among large airlines, as well as a major refit of its narrow-body planes to accommodate more passengers.

The Covid epidemic ended a decade of profits for the US airline sector, which had been supported by low gasoline prices and strong increase in travel demand, leading even crisis-seasoned Parker to be overly optimistic.

“I don’t think we’re ever going to lose money again,” Parker stated in September 2017 during the company’s investor day. Parker lost a bet with a UBS analyst for a bottle of wine that the airline’s stock would reach $60 before the analyst’s birthday in 2018. The stock reached a high of $58.47 in January 2018. American’s stock has dropped over 70% since then, closing 0.2 percent lower on Tuesday at $17.89, a smaller daily drop than other airlines.

Isom, who has worked in aviation for more than three decades, will take over as CEO of an airline that is currently losing money as it works to restore a business that was destroyed by the pandemic.

In an interview on Tuesday, Isom stated, “Our goal is to make American the best airline in the business.” “In 2022, it’s all about providing as reliable a product as we can as customers come back and returning American to profitability as soon as possible.”

After losing $9.5 billion last year as Covid forced nations around the world to enact travel restrictions, potential consumers avoided flying flights, American has lost about $4.8 billion in the first three quarters of 2021. American entered the epidemic with more debt than its competitors and added to it in order to survive the disaster.

Analysts praised Isom’s operations experience and his ability to maintain continuity as the carrier works to recover from the pandemic.

On Tuesday, Jefferies airline analyst Sheila Kahyaoglu said, “The Board’s decision to stick to an internal candidate reflects the confidence the Board has in the strategy of the airline.”

Isom’s operations experience, according to Helane Becker, an airline analyst at Cowen, “suggests to us a focus on improving on-time performance and other aspects of the operations.”

In comparison to close competitors like Delta Air Lines and United, which are now led by former American alumnus Kirby, American has been more aggressive in restarting flights during the pandemic.

This has tripped the airline up in the past, such as the 2,000 flights it had to postpone around Halloween due to heavy winds at its main hub, Dallas/Fort Worth International Airport, leaving it with manpower shortages.

“There’s been hiccups and growth issues we’ve had to deal with but we’re positioned really well,” Isom said. “We’re going to make sure that we have an airline that’s ready to go when customers want to travel. The right number of people, the right number of aircraft.”

Isom and his staff will be negotiating labour contracts with unions representing pilots, flight attendants, and other work groups, in addition to employing hundreds of new personnel in a tight labour market.

In response to an American Airlines Instagram post announcing the CEO transition, United’s Kirby complimented Parker on his nearly two-decade tenure as CEO and thanked him for his friendship and mentoring.

He congratulated Isom as well.