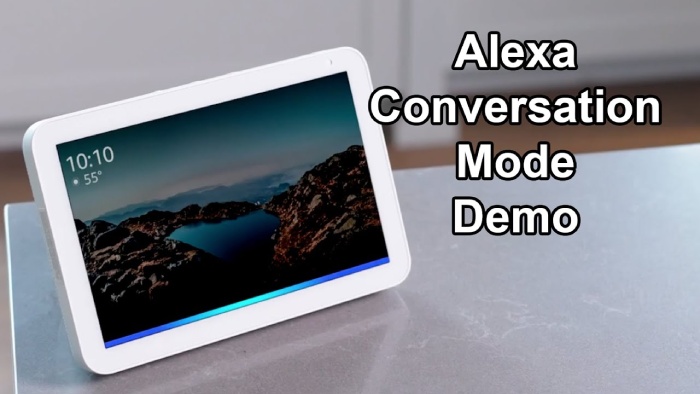 As Amazon begins to roll out Alexa’s Conversation Mode, conversing with the voice assistant may soon feel more natural. The functionality, which was announced during the company’s autumn hardware presentation, allows a group of people to communicate with Alexa without having to utter the wake word numerous times.

Amazon will begin pushing out Conversation Mode on the third-generation Echo Show 10 in the coming weeks. It’s an opt-in feature, and you can switch it on by saying “Alexa, join this conversation .” As long as they’re looking at the screen and the smart display’s camera can see them, anyone in the room will be able to speak with the voice assistant.

Conversation Mode can be turned off by saying “leave this conversation” or turning off the mic or camera. If you don’t interact with Alexa for a particular amount of time, she will turn it off.

When Conversation Mode is active, visual indicators appear. When Echo Show 10 is transmitting your requests to the cloud, you’ll notice a blue border around the screen and a light blue bar at the bottom. There are no movies or photographs uploaded, and you can listen to and remove voice recordings using the Alexa app.

Conversation Mode’s AI, according to Amazon, uses visual and audio signals to recognise whether someone is speaking to Echo Show 10. After that, Alexa formulates a response based on the situation. Over time, the business plans to develop the mode and add capabilities like the ability to interrupt a list of selections by shouting something like “That one!”

The feature expands on Amazon’s efforts to make Alexa sound more human-like, such as taking breathes, changing the tone of voice, and emphasising specific words. When Alexa is in Conversation Mode, she will pause if she is interrupted.

Since 2018, Google Assistant has offered a similar function called Continued Conversation. For several years, Apple is said to have been working on a means to allow consumers to have back-and-forth conversations with Siri.