Saturday, 4 February 2023
You are here: Home After scrapping 8,000 flights over the Christmas weekend, Airlines are cancel more 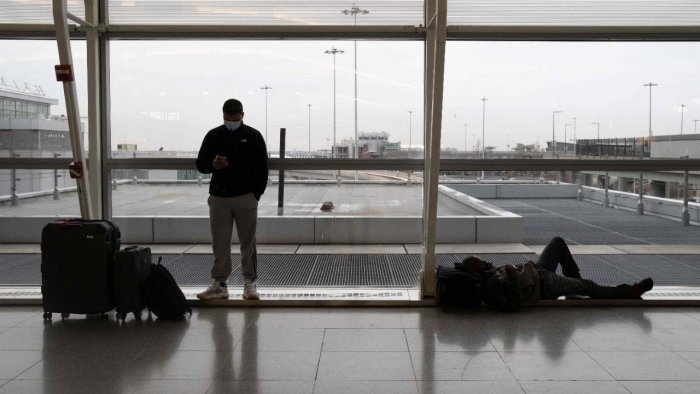 Flight cancellations due to COVID continued on Monday.

Due to the spread of the Omicron variety and severe weather, airlines around the world cancelled just under 8,000 flights over the three-day Christmas weekend.

According to Flightaware, a website that analyses aircraft departures, delays, and cancellations, 1,639 more flights were cancelled on Monday, with just under a third of them affecting only the United States. China was also affected by a large number of cancellations.

The delays delayed the return to Christmas travel this year, adding to the worry and uncertainty following the pandemic’s damaging effect on the 2020 holiday season.

Travelers at the Minneapolis-Saint Paul airport in Minnesota expressed their dissatisfaction.

Tamera Robinson stated of her cancelled flight, “I booked this trip in February and we had no idea we’d still be dealing with COVID, it’s crazy.”

This year, the American airline industry has been plagued by flight delays and cancellations due to staff shortages.

However, air travel has largely rebounded this year, and they have found themselves short-staffed.

The increase in Omicron cases “had a direct impact” on United Airlines’ flight crews and operations managers, according to a statement.

“As a result, we’ve unfortunately had to cancel some flights and are notifying impacted customers in advance of them coming to the airport,” the firm said.

Other airlines, such as Lufthansa, are also experiencing workforce shortages as an increasing number of pilots and cabin crew members become ill with the virus or are required to quarantine upon arrival in certain regions.

Almost the three-day weekend, Chinese airlines, mainly China Eastern and Air China, cancelled over 2,000 flights, many of them to Xi’an, where 13 million people are currently under lockdown.